A former hedge-fund manager sentenced to four years in a Canadian prison nearly a decade ago changed his identity and disguised his appearance as part of an alleged cryptocurrency fraud, U.S. authorities allege.

Boaz Manor was the founder of Portus Alternative Asset Management, a Toronto-based hedge fund that collapsed in 2005. He adopted several aliases some time after his release from the penitentiary system and launched a cryptocurrency venture that made material misrepresentations to investors, the Securities and Exchange Commission (SEC) and the U.S. Justice Department allege.

Mr. Manor, 46, has been charged criminally by the U.S. Attorney for the District of New Jersey with wire fraud and securities fraud. A parallel legal complaint has also been brought against Mr. Manor by the SEC, which is seeking to ban Mr. Manor from participating in the sale of securities and recover some of the US$30-million that he allegedly raised from more than 700 investors.

Mr. Manor could not be reached for comment. The SEC lawsuit identified his Canadian address as a Toronto street where his parents are listed as owning a home. Voicemail messages left for Mr. Manor were not returned.

The implosion of Portus, which at its peak managed about $800-million, cast a pall on Canada’s hedge-fund industry. In 2005, the Ontario Securities Commission successfully applied to have Portus placed into receivership, alleging that Mr. Manor and others had improperly diverted investor funds for purposes other than what had been stipulated in the company’s offering documents.

In 2007, Mr. Manor was charged by the RCMP with multiple criminal offences, including fraud and money laundering. In 2010, he pleaded guilty to the lesser offences of breach of trust and disobeying a court order.

U.S. authorities allege that around 2014, after the completion of his Canadian prison sentence, Mr. Manor carved out a new career in the burgeoning industry of cryptocurrency. The SEC complaint, filed on Friday, alleges that he used the aliases Jay Mills and Jay Belzberg, before settling on the name Shaun MacDonald in November, 2016.

“Manor also changed his appearance by darkening his hair and growing a beard,” the criminal indictment alleges.

His company, New York-based CG Blockchain Inc. (CGB), offered a number of innovative products, all related to the burgeoning industry of digital currencies. One product was a Bloomberg-like terminal, which was marketed as a device that would allow financial institutions to trade and manage cryptocurrency using a single platform. Mr. Manor’s company falsely claimed to investors that the terminals were being “beta tested” at 20 hedge funds, the indictment alleges.

A key player in the alleged conspiracy, the authorities say, was a 68-year-old Israeli citizen, and resident of New Jersey, Edith Pardo. Ms. Pardo was presented to potential investors as a wealthy backer of CGB, who provided US$3-million in seed money, the criminal indictment alleges. The money was in fact provided by a relative of Mr. Manor, the indictment alleges. The SEC has charged that Ms. Pardo “acted merely as a front that concealed Manor’s true control over the business.”

In 2017, the company launched an “initial coin offering,” raising US$30-million from investors who believed they were investing in a new cryptocurrency, BCT. The SEC alleges that this was an effort to sell securities, something that Mr. Manor and Ms. Pardo were not registered to do.

Of particular concern, the SEC says, is that the truth about who was leading CGB was purposely concealed from investors.

“Learning about the identity and background of the individual or individuals behind a venture is one of the first things we tell investors to do before trusting anyone with their money,” Joseph Sansone, chief of the SEC’s Market Abuse Unit, said in a statement. Mr. Manor’s “brazen scheme to conceal his identity and criminal history deprived investors of essential information and allowed the defendants to take over $30-million from investors’ pockets,” he said. 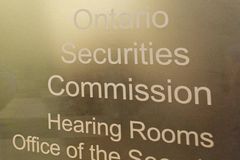 ROB Magazine
Where are the Portus diamonds?
October 25, 2012 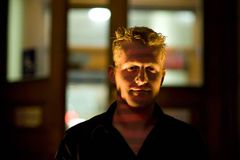 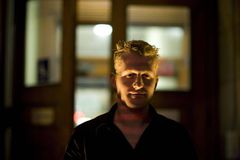