The crash of an Ethiopian Airlines’ Boeing 737 Max 8 aircraft and the investigation that has followed do not appear to affect Canada-U.S. trade in aviation and aerospace supplies and services so far, industry watchers say.

At the same time, Ms. Goddeeris, who works with clients in the aerospace industry, notes that few, if any companies, want to comment about the supply chain while investigations into the causes of the crash are underway.

Aerospace-related firms in Canada are keeping a low profile or maintaining silence as the investigation continues. Suppliers contacted either declined to be interviewed or did not respond.

They are likely cautious because the crash of Flight 302 in Ethiopia on March 10, while foremost a terrible human tragedy, is also a potential business crisis for Boeing and its suppliers.

Canada’s aerospace supply chain is long and deep. Boeing’s work in Canada is extensive in both the defence and commercial sectors.

Boeing has been in Canada for 100 years, the company notes, and has about 2,000 direct employees at 13 locations across the country, along with 560 Canadian suppliers.

“It’s an old relationship and it predates the Canada-U.S. Auto Pact [signed in 1965] and our free-trade agreements,” says David Detomasi, associate professor of international business at the Smith School of Business at Queen’s University in Kingston.

The auto pact included trade in aviation parts and services. It was superseded by the Canada-U.S. free-trade agreement and the North American free-trade agreement (NAFTA), all of which are expected to be supplanted by the new United States-Mexico-Canada Agreement, which is signed but not yet ratified.

The March 10 crash is a potentially serious blow to Boeing in the highly competitive world of aircraft manufacturing, and finding answers in the investigation will be crucial, Dr. Detomasi says.

But, he says, “I don’t see that it’s going to affect our relationship any more than any other incident."

Boeing’s facility in Winnipeg, part of Boeing Fabrication, supplies key components for all of the company’s 7-series jetliners, including the 737 Max 8. Boeing Winnipeg, which employs about 1,500 people, is responsible for engineering and manufacturing the one-piece composite acoustic inner barrel on the 737 Max 8’s engine nacelle inlet [the housing that holds the engines].

Boeing also has a facility in British Columbia, Boeing Vancouver Labs, which it opened in 2016, where it employs more than 50 data science staff, consultants and software developers.

For the entire 7-series, the Winnipeg facility is responsible for 355 unique parts and assemblies.

Canada is one of Boeing’s largest international supplier bases, with some 600 suppliers spread across the country.

The March 10 crash was the second fatal accident involving this aircraft model, leading to the grounding of 737 Max 8 fleets around the world, including Canadian planes used by Air Canada, WestJet and Sunwing. Since then, some airlines have considered or requested a cancellation of orders for the aircraft. Other airlines following suit will depend on what investigators find.

Boeing and officials in the U.S. Federal Aviation Agency, Transport Canada and other national regulators have been looking into possible causes for the March 10 accident, as well as similarities to the previous crash.

Transport Canada and the European Union are both reviewing the approval they gave to the Boeing 737 Max jets. In June of 2017, Canada accepted the U.S. FAA’s certification under a bilateral agreement under which U.S. and Canadian approvals are nearly always accepted by both countries.

“We may not change anything but we’ve decided it’s a good idea for us to review the validation of the type certificate that was given for the Max 8,” Transport Minister Marc Garneau said on March 19.

Investigators believe the problem that led to the crashes in both incidents was software, part of an automated system designed to prevent the plane from stalling during ascent. There are numerous 737 models, but the automated system being looked at is only on Max versions.

While Boeing’s North American supply chain appears to be functioning smoothly during the investigation and the grounding of 737 Max 8 jets worldwide, any serious disruption could be devastating in a highly competitive marketplace.

A report last year by Ernst & Young on aerospace and defence supply chains noted that suppliers are likely to face increasing competition from lower-cost suppliers in emerging countries such as China and India. 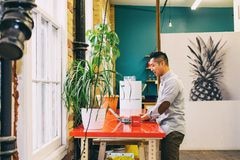