Canada and the United States reversed their positions Wednesday and grounded the Boeing 737 Max passenger jet, a day after dozens of countries banned flights of the aircraft following two fatal crashes of the plane in five months.

Also on Wednesday, Boeing Co. issued a statement recommending that all 737 Max planes worldwide be grounded.

An Ethiopian Airlines Boeing 737 Max 8 crashed shortly after takeoff on Sunday, killing 157 people, including 18 Canadians. The crash was similar to a Lion Air Max 8 crash near Jakarta in October that killed 189 passengers and crew.

Transport Minister Marc Garneau said he made the move to restrict Boeing’s 737 Max in Canada after comparing satellite tracking data on the final moments of the Ethiopian airplane with that of the Lion Air plane, which the pilot struggled to control. “My experts have looked at this and compared it to the [flight path of] Lion Air in October and there are similarities that exceed a certain threshold in our minds with respect to the possible cause of what happened in Ethiopia,” Mr. Garneau said, adding the information is not conclusive and needs to be confirmed by the flight recorder data.

Canada made the decision Wednesday, after receiving the tracking information Tuesday evening. The United States received the information on Monday. However, some flight-tracking websites such as flightradar24 showed data as early as Sunday that the flight had unstable vertical speeds, an indication that the pilots could not control the aircraft.

Mr. Garneau said the loss of life from the crash, including the deaths of six members of a family from Brampton, Ont., made the tragedy a personal one for many people. “It is something that has viscerally caught the attention of Canadians,” he said.

Hours later, U.S. President Donald Trump announced a U.S. ban on the plane, saying the government had received “new information and physical evidence” both from the crash site and other places, as well as “a couple of other complaints,” which led to the U.S. decision.

Mr. Trump said he had spoken with the airlines, as well as the chief executive of Boeing, and they were all in agreement with the step.

The European Union Aviation Safety Agency, which has 32 member countries, and China, Britain and India grounded the plane earlier this week.

Virginia-based Aireon supplied the data to Canada, the United States and other countries that requested it, said Jessie Hillenbrand, a spokeswoman for the company that provides satellite-based aircraft-tracking services to several global air-traffic authorities. Ms. Hillenbrand said in an interview that Canadian officials received the tracking information on Tuesday evening, while the United States requested it and received it on Monday.

The Canadian decision to restrict the narrow-body aircraft is expected to bring headaches for major airlines and their passengers.

Explainer: What we know so far about the Ethiopian Airlines disaster and the 157 victims

Air Canada and WestJet Airlines Ltd. said in statements on Wednesday that they will comply with the minister’s notice, but warned customers should expect delays rebooking on other planes. Air Canada said its 24 Max aircraft fly 9,000 to 12,000 passengers a day. WestJet flies 13 Max planes, and will book passengers on its 162 other aircraft.

"This decision has an impact on the travel plans of our WestJet guests and we ask for understanding as we work to rebook all guests affected as quickly as possible,” said Ed Sims, WestJet’s CEO.

Steve Morgan and his family had just boarded an Air Canada 737 Max 8 at the Vancouver airport Wednesday morning when their flight crew announced that everyone would have to get off. Mr. Morgan had been aware that the Transportation Minister was holding a press conference right around their boarding time, so he had been bracing for the possibility that their travel plans could change.

At minimum, the staff told them as they headed back into the airport, their March Break trip to Maui would be delayed a few hours. In the end, the family was rebooked on a flight out Wednesday night. 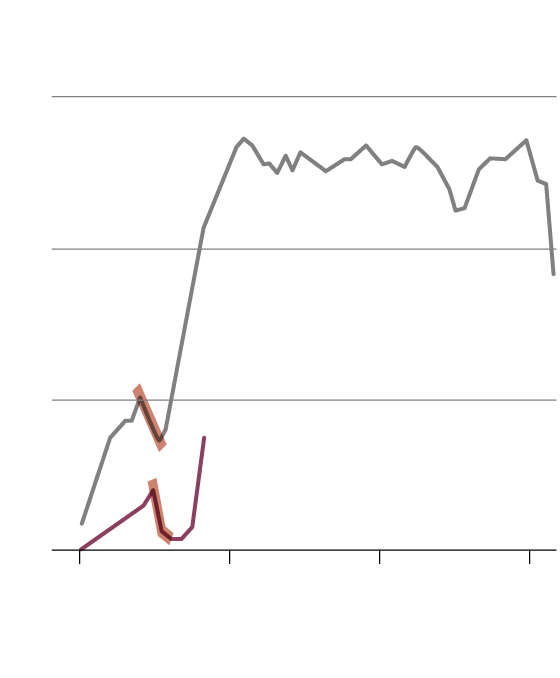 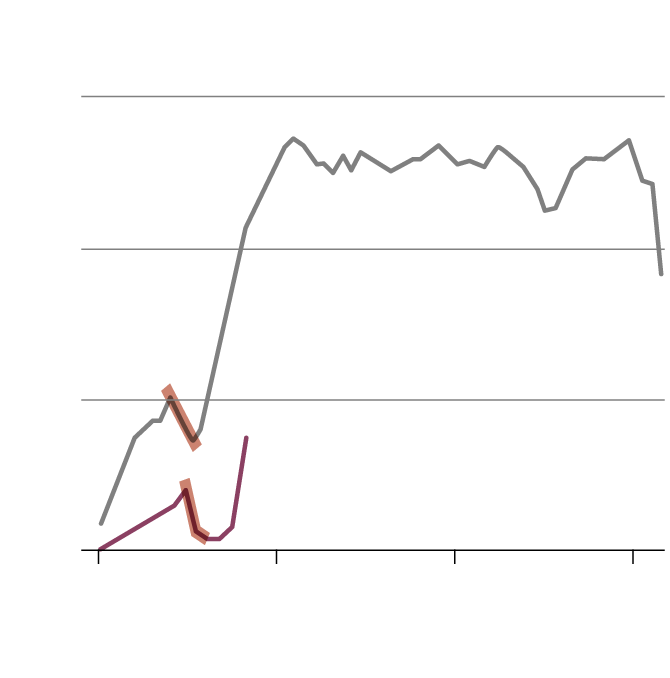 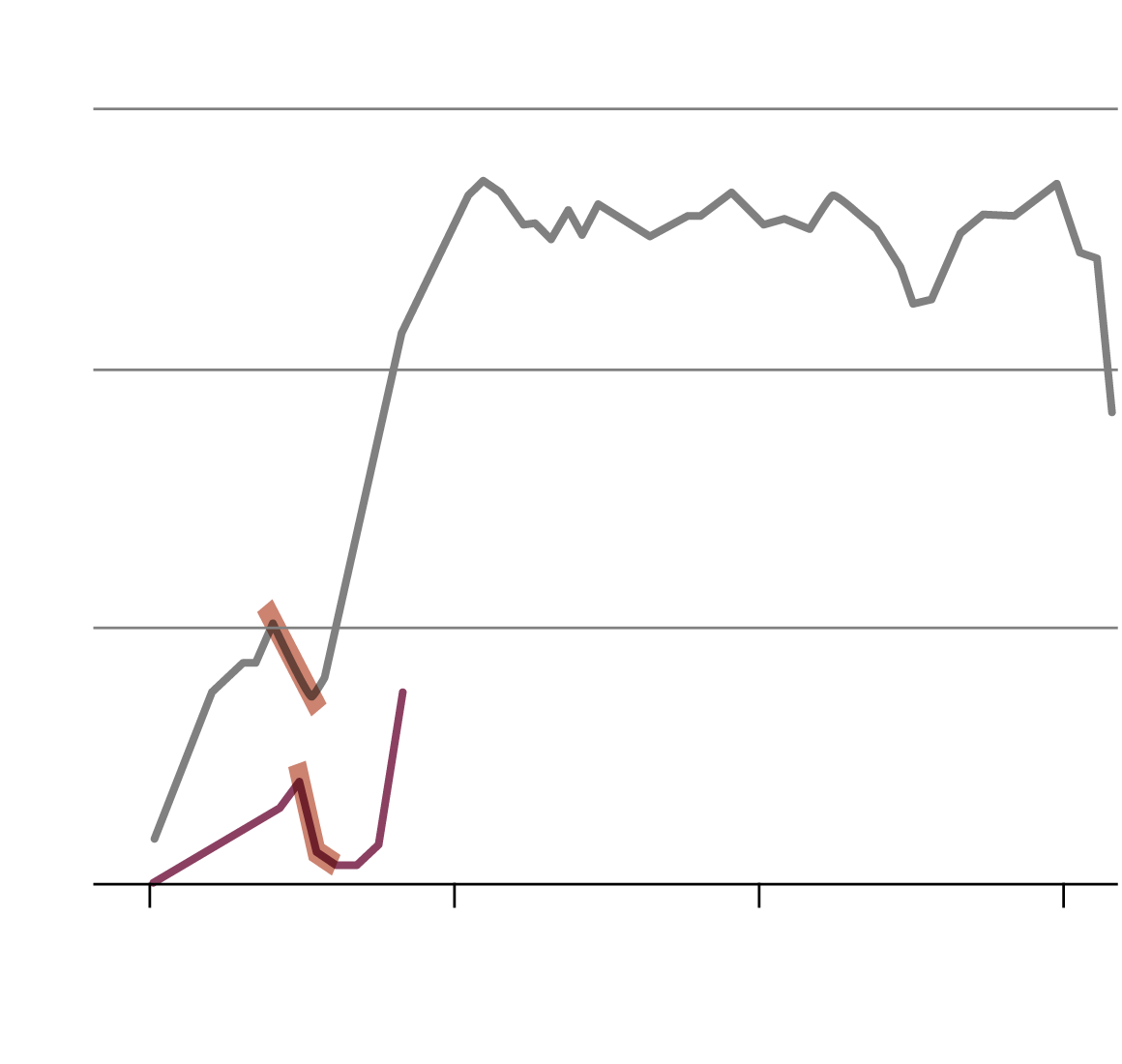 In a statement, the U.S. Federal Aviation Administration said the decision to ground the planes came “as a result of the data gathering process and new evidence collected at the site and analyzed today.”

The FAA did not say what the evidence was. The agency has people in Ethiopia taking part in the investigation, it said.

“The grounding will remain in effect pending further investigation, including examination of information from the aircraft’s flight data recorders and cockpit voice recorders,” the statement said.

Mr. Garneau said the Lion Air pilot in the October crash repeatedly battled the plane’s software system that mistakenly forced the jet’s nose down minutes after takeoff. “The result there is that the airplane tends to oscillate in this conflict between the software and the pilot and that’s what … had some similarities on the Ethiopian flight,” he told reporters.

Boeing said in a statement that the company “continues to have full confidence in the safety of the 737 Max,” but that it was “recommending” all of the planes be grounded.

Mr. Trump said the United States was grounding the planes for “psychological” reasons.

Mr. Trump defended the FAA from accusations it took too long to step in.

“Oh, they acted very quickly, and we acted also very fact-based and very much working with other countries and with the airlines,” he said.

Aireon’s Ms. Hillenbrand declined to elaborate on the exact time the company sent the satellite tracking data to U.S. authorities, beyond saying it occurred on Monday.

Until Wednesday, governments in Canada and the United States said they had no plans to ban the 737 Max, even as the world’s other big aviation authorities barred it from landing, taking off or flying over their airspace.

delivered, by country or region

delivered, by country or region 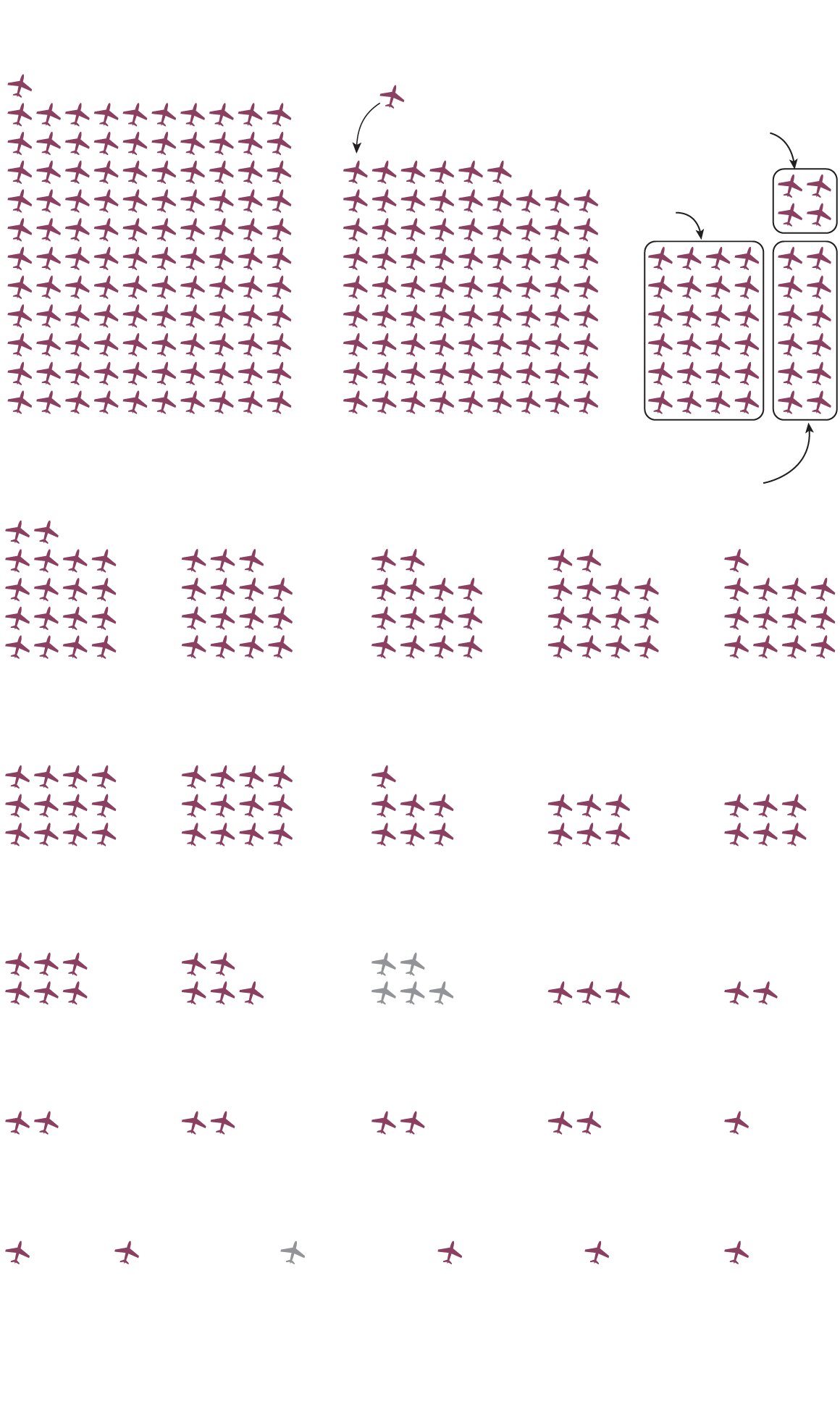 Number of Boeing 737 MAX 8s delivered, by country or region

Opinion: The U.S. versus the world: Politics cloud the Boeing Max disasters