Canada’s largest private-sector union says it feels “betrayed” by Bombardier Inc. and is weighing its legal options after the plane maker allegedly broke a pledge not to sell its turboprop business, a charge the company denies.

The union’s move highlights the frustration with Bombardier in the wake of its third-quarter earnings report of Nov. 8, during which the company said it would slash 5,000 jobs and sell its turboprop and private jet training businesses. Commentators have lambasted chief executive Alain Bellemare for failing to explain publicly and in depth the need for the job cuts, saying it shows the company is deaf to the taxpayer support it has received. Meanwhile, investors continue to fret about its cash flow situation, pushing the shares down 10 per cent Tuesday to $2.25.

Bombardier told Unifor during several weeks of bargaining this past spring that it wanted to sell the Q-Series program and take the contract language related to the business out of the collective agreement, Mr. Dias said in an interview Monday. He said the union objected and the company eventually acquiesced, agreeing in writing to maintain ownership of the program.

“Ultimately, the agreement was that the company was going to keep the program – they were going to aggressively market it,” Mr. Dias said. “What I can’t believe is that you shake hands and there are commitments made in June and then all of a sudden it’s a different story in November. Sales of an entire aircraft program don’t happen overnight.”

Bombardier declined to address the allegations in detail, noting that as a matter of policy it does not publicly discuss private talks with its unions. “That being said, we always respect our agreements where they exist,” company spokesman Simon Letendre said.

"Our assessment of the best course of action for individual components of the portfolio is always subject to change and re-evaluation,” Mr. Letendre added. “We have been very clear about that.”

Mr. Bellemare said Tuesday that the potential sale of the turboprop business had been in the hopper for quite some time as part of a discussion over what to do with the asset. He said the decision to sell is tied directly to better growth prospects for Bombardier’s other business lines.

“We actually did rebuild the backlog quite a bit, so we kept the production line going,” Mr. Bellemare said of the turboprops. “But when we started to look at the investment needed to keep [up output], for us we believe that there are better ways to allocate capital moving forward than on a 20-year-old Q400 product line.”

Bombardier struck a deal in May to sell its Downsview property for about US$635-million to the Public Sector Pension Investment Board. Mr. Dias said the company obtained backing for the transaction from the Ontario and Canadian governments based on its commitment to continue building turboprops. Mr. Letendre said that’s not the case.

“Our members feel betrayed. I personally feel betrayed," Mr. Dias said. "There’s going to have to be a lot of work to repairing this relationship.”

Longview Aviation has vowed to keep all the Q Series manufacturing currently being done in Canada within the country when it takes over the program. It’s not yet clear whether that work will be done in Toronto or elsewhere. Bombardier currently has a lease on the Downsview site until 2021, with an option to extend it for two more years.

Speaking Tuesday at an investor conference in Toronto, Mr. Bellemare also provided more details about plans for Bombardier’s aging CRJ franchise. The family of regional jets is the company’s last commercial passenger offering after the sale of a majority stake in the C Series program to Airbus SE this year and the Q Series deal.

“We’re going to try to make it work and we’ll see where it goes,” Mr. Bellemare said, adding that Bombardier wants to keep CRJ production going while exploring options for the program, including partnerships. “What we’re doing right now is we’re trying to build the backlog so that we can then work with the supply chain and take the costs down.”

While Bombardier loses money building the jets, it makes a profit on aftermarket services. The CRJ backlog stood at 56 planes as of Sept. 30. 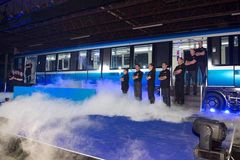 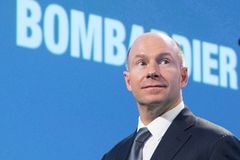 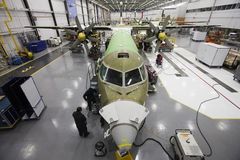