Bombardier Inc. slashed its financial estimates for 2019 again on the back of continuing struggles with its train business and said it might pull out of a joint venture with Airbus SE, deepening investor concern that its turnaround is veering off the rails and raising the possibility that the company is headed for a breakup.

Bombardier said in a statement Thursday it is “actively pursuing options to strengthen the balance sheet and enhance shareholder value,” and “solve” its capital structure. The urgency of the language used by the Montreal-based plane and train maker Thursday suggests a breakup and sale of all or part the company is on the table, two analysts said.

Bombardier shares plunged as much as 36 per cent to $1.14 Thursday on the Toronto Stock Exchange – the biggest intraday drop on record, according to Bloomberg data – before closing at $1.22.

Bombardier bonds also fell sharply. Bonds issued in March, 2019, and maturing in 2027 fell 6.2 per cent, taking them below par and marking their biggest decline in price since they were issued 10 months ago.

“That’s bad and perturbing news and it changes the world,” said Charles Lemonides, founder of ValueWorks LLC, a New York-based investment management firm that holds Bombardier shares. “The market has lost patience in this company and this management.”

Bombardier will not be looking to issue equity with its share price so low, leaving it with few options if it wants to dramatically improve its balance sheet, JPMorgan analyst Seth Seifman said in a research note. “Raising capital through asset sales is the only alternative we can think of and for this to be meaningful, it may include one or both of Bombardier’s two main businesses: business jets and trains.”

That view was echoed by analyst Cameron Doerksen of National Bank, who wrote the only way for Bombardier to make a significant dent in its US$9-billion debt is to sell one of its two remaining divisions. He said he believes the company’s private jet business is the more likely candidate because it could fetch a good price (an estimated US$6.6-billion) and because unlike trains, it is more cyclical and therefore not a good stand-alone business.

Bombardier ended the fourth quarter with US$2.6-billion in cash. Given that it burned through more than US$2-billion in cash during the first three quarters of 2019, concerns have re-emerged that the company has enough liquidity, Mr. Doerksen said. Proceeds from some asset sales already announced as well as US$1.2-billion in available credit will give the company a cushion, he said.

Bombardier is controlled by the founding Bombardier-Beaudoin family through a special class of multivoting shares. The family’s "views are a key variable” in how this situation evolves, Mr. Seifman said.

Mike Nadolski, Bombardier’s vice-president of communications, declined to provide any more information about what options Bombardier is weighing to reposition itself. “When we determine the right next steps for the company we’ll be glad to share it, not beforehand," he said.

Quebec Economy Minister Pierre Fitzgibbon said Thursday the government was monitoring the Bombardier situation closely and seeing whether it could help the company in any way. Asked whether it would be worthwhile for the government to consider again providing Bombardier with financial assistance, he wouldn’t rule it out.

“That is the million dollar question,” Mr. Fitzgibbon said in an interview. “We have to be rigorous with people’s money. At the same time, for Quebeckers these are very strategic assets.”

Bombardier has no current request for public funding outstanding and does not anticipate making a new request, spokeswoman Jessica McDonald said.

Chief executive Alain Bellemare has been trying to fix Bombardier by making it a smaller and more profitable manufacturer focused on luxury private jets and rail equipment as part of a five-year turnaround effort that started in late 2015. Those business lines are more profitable and offer more growth prospects as the number of billionaires increases globally and cities seek more rail transit solutions for congestion, Bombardier executives have said.

Under the CEO’s leadership, Bombardier has already raised more than US$7-billion from governments and public markets, sold several businesses and cut thousands of jobs. After some encouraging signs of progress in 2017 and the first half of 2018, the company’s stock was starting to climb higher before it stumbled.

Its momentum has now reversed outright. Pushed to the brink by the cash-sucking development of its C Series airliner, Bombardier is now dealing with the cash-sucking completion of several legacy rail contracts that are wreaking havoc with its financial projections.

For the second time in 12 months, Bombardier issued a profit warning on Thursday that pinned much of the shortfall on trouble with big train contracts. The company said it would record a fourth-quarter loss of about US$230-million in its train unit, which includes a special charge related to certain projects in Britain as well as commercial negotiations with Swiss Federal Railways and increased production and manufacturing costs for projects in Germany.

Bombardier says adjusted earnings before interest and taxes will come in at about US$400-million for fiscal 2019, half the high-end estimate of US$800-million it projected in August. Revenue should come in at about US$15.8-billion, down from a previous estimate of US$16.5-billion to US$17-billion, Bombardier said. The company now expects to burn through US$1.2-billion of cash in 2019, more than twice as much cash as previously forecast.

At its annual investor meeting in December, 2018, Bombardier highlighted five big rail contracts that were proving problematic. They include the US$630-million contract for New York’s Metropolitan Transportation Authority in which Bombardier experienced production delays at its factories, and a US$1.8-billion contract with Swiss in which the company faced regulatory authorization issues.

Bombardier’s near-term prospects from its joint venture with Airbus that makes the A220 jet, formerly the C Series, have also soured.

Once seen as an investment with significant value, Bombardier confirmed it is now weighing its continued participation in the venture. Bombardier will likely exit the partnership in order to avoid having to pay any future costs beyond the US$925-million it is contractually obliged to invest, Mr. Seifman said.

Airbus is winning orders for the plane, but the latest information on the joint venture’s financial plan calls for additional cash investments to support production increases while pushing out the break-even point and generating lower return over the life of the program, Bombardier said. That may significantly affect the joint venture value, Bombardier said, adding it could take a write-down on the business when it reports fourth-quarter results next month.

Editor’s note: An earlier version of this story stated Bombardier expects 2019 revenue to come in at US$15.8-million. In fact, it is $15.8-billion. 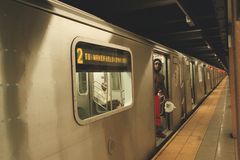 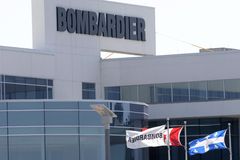