Bombardier will bid on an upcoming New Jersey Transit rail car contract, two sources familiar with the matter said, as the Canadian plane and train maker seeks to boost its North American business after losing ground in the region to rivals.

NJ Transit, the largest statewide public transportation system in the United States, has previously said it will order 113 multilevel passenger cars to modernize its aging fleet, which has been criticized for overcrowding and delays.

The agency is also considering an estimated 900 more railcars as options, according to the industry sources who spoke on condition of anonymity because the tendering process is private.

Proposals are expected in June, according to the agency’s website. The deal is expected to range from around $500 million into the billions of dollars, depending on how many, if any, options are exercised, one of the sources said.

Despite a healthy $34 billion global backlog, Bombardier Transportation is under pressure to improve performance in North America following delays to orders in Ontario and recent losses to other railmakers in Canada and the United States.

The company, which lost a Montreal rail deal worth more than C$1 billion ($794.03 million) to France’s Alstom SA, had to drop out of a 2017 competition held by New York’s Metropolitan Transportation Authority that was later won by Japan’s Kawasaki Heavy Industries (7012.T).

But Bombardier is seen to have an advantage in the New Jersey procurement, one of the sources said, because it has already made 429 multilevel vehicles over the years for the agency, a longstanding client.

Bombardier is also getting a boost in the U.S. market as a member of the winning team selected for a $4.9 billion contract to develop and maintain a new people-mover, or automated train system at Los Angeles International Airport. Bombardier, which will provide the people mover’s operating system, including all vehicles, would not disclose the value of its portion of the deal approved on Wednesday by L.A. city council.

The NJ order comes as public transit agencies are reviewing the potential impact of a U.S.-China trade dispute on procurement costs, including tariffs on steel from countries such as China, introduced in March by President Donald Trump’s administration.

The cost of new car builds could rise if the vehicles are made in the United States from steel produced in countries affected by the new U.S. tariffs. 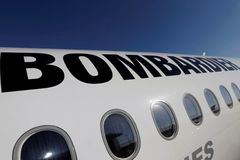 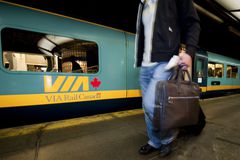 Bombardier increased compensation of top five executives by 12 per cent in 2017
March 23, 2018 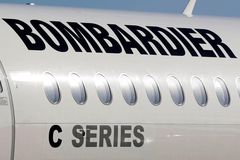