Alain Bellemare is out as the chief executive of Bombardier Inc. in a major shakeup of leadership positions at two Quebec business institutions.

Five years after being hired to pull the ailing plane and train maker out of its slide, Mr. Bellemare will be replaced by Hydro-Québec CEO Éric Martel as of April 6, Bombardier said in a news release late Wednesday. Bombardier said its board unanimously concluded that it was the appropriate time for a new leader to take the helm.

“Éric is the right leader at the right time for Bombardier as the company is completing its turnaround plan and focusing on growing its leading business aviation franchise,” Bombardier chairman Pierre Beaudoin said in the release. “He is an engaging builder with a deep understanding of our organization and product portfolio as well as of the global business aircraft industry.”

Mr. Martel is a former executive at Bombardier who worked in several management positions at the company over the years before taking the helm of its business jet division. He will take over the entire company as it sets a new course as a pure-play business jet maker after announcing the sale of its train manufacturing business to France’s Alstom SA last month.

“Alain was the right CEO for the right time but it’s now a very different business,” said Karl Moore, an associate professor of management at McGill University, adding that the wealth of the company’s founding family has been hit hard by Bombardier’s falling share price over the past 18 months in particular. "It’s frustrating and the family is undoubtedly frustrated by it. … When you change CEOs, it’s kind of sending that message that ‘we’re turning the page, new chapter.’ ”

The change had been in the works at Bombardier for weeks and it was the company who sought out Mr. Martel, said a source. The Globe and Mail is not naming the person because they were not authorized to speak to the media about the situation.

Crippled by a debt topping $9-billion, Bombardier is now hoping regulators in Europe approve the sale to Alstom so the company can pay down debt and survive. As investors wait for more certainty around the company’s future, its shares have dropped below $1.

“There’s a number of challenges to get through the year and get to a close where they actually get the cash, de-lever in an organized way and then operate a pure-play business aircraft company," said analyst Chris Murray of AltaCorp Capital.

Selling its train business marks a strategic shift for Bombardier, one that would leave it dependent on sales of luxury aircraft at a time when economic conditions are being marred by the global spread of the new coronavirus and businesses are reviewing their spending. On Wednesday night, U.S. President Donald Trump announced a ban on travel from most of Europe to the United States for 30 days in an effort to contain the spread of the virus.

Bombardier’s big-ticket luxury aircraft is the Global 7500 business jet. The fastest and longest-range business jet the company has ever built, it is sold out through 2021.

Mr. Martel was nearing the end of his five-year tenure at Hydro. He is widely seen as having done a commendable job, although there is still much unfinished business. The power producer is trying to secure more sales of big long-term contracts with U.S. customers in order to bring in revenue at a time when it has power surpluses. 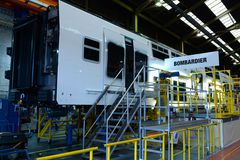 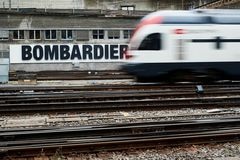 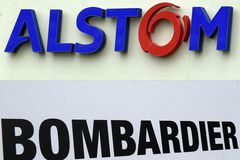