Wichita, Kan.-based Spirit, which makes frames and components for airplanes, said in a regulatory filing Tuesday that there are several conditions that remain outstanding before the agreement with Bombardier is finalized. They include winning the necessary approvals from third parties as well as “the absence of a material adverse change” to the Bombardier businesses being bought.

“There can be no assurance” that the conditions will be met or waived by the deal’s Oct. 31 deadline, Spirit said in the filing with the U.S. Securities and Exchange Commission. If they are not met or waived, the transaction will automatically end, Spirit said.

The deal with Spirit is one of two remaining asset sales that Bombardier chief executive officer Éric Martel is attempting to close out as the Montreal company tries to reinvent itself as solely a maker of business jets. The more important transaction is Bombardier’s US$8.4-billion agreement to sell its train business to France’s Alstom SA, which reached the stage of definitive agreement last week and has already won the approval of European regulators.

But the Spirit deal would also help bolster the Canadian company’s cash position. And without it, Bombardier could be left with orphaned commercial aerospace assets at a time it is trying to simplify its operating structure to become a pure-play jet maker.

“They’ll still want to get the Spirit deal done,” said Dan Fong, an analyst at Veritas Investment Research in Toronto. “It’s probably more of a distraction to their strategy having it, so even reducing the price to exit the business would likely benefit Bombardier.”

The Spirit deal is less crucial financially for Bombardier because there is more certainty on the Alstom transaction and because the company secured a new loan worth US$1-billion from New York-based credit investment firm HPS Investment Partners LLC in July, Mr. Fong said. It secured the funds after Bombardier burned through US$2.6-billion in cash in the first half of the year as the COVID-19 pandemic forced the suspension of work at some of its factories and a stoppage in deliveries.

Olivier Marcil, a spokesman for Bombardier, said the company is actively working with Spirit to meet the closing conditions and complete the transaction by this fall. The company had cash on hand and available credit of about US$2.4-billion as of June 30.

Bombardier has enough time to resolve the closing conditions laid out in the purchase agreement by the end of October, according to Walter Spracklin, an analyst with RBC Dominion Securities. But there’s still a risk the deal will fall apart, he said.

“We view the announcement this morning by Spirit as lowering the probability of successful close and see this as having a negative impact on the shares,” Mr. Spracklin said Tuesday in a note to clients.

Bombardier shares fell 5 per cent to 37 cents on the Toronto Stock Exchange Tuesday. They have traded below $1 every day since early March.

Bombardier and Spirit struck a definitive agreement last October that would see Spirit buy Bombardier’s Short Brothers aircraft parts plant in Belfast, Northern Ireland, as well as Bombardier’s parts making business in Morocco and a maintenance and repair business in Dallas for US$500-million in cash. They are Bombardier’s last significant assets in commercial aerospace.

Since the deal was announced, however, the coronavirus crisis has turned aviation on its head. And Spirit, like other companies in the industry, has struggled through the downturn.

Spirit said in Tuesday’s filing that it does not expect to be able to close on its planned US$420-million acquisition of Asco, a maker of aircraft structural components. The European Commission is unlikely to approve the sale by an Oct. 1 deadline and, if and when the deal expires at that time, Spirit would not extend the deadline, the company said.

Spirit originally wanted the Asco and Bombardier assets as a way to diversify its revenue sources and cut its dependence on the work it does for Boeing Co.'s 737 Max jet. That strategic rationale still holds, Spirit CEO Thomas Gentile said this month, even if the near-term prospects for the aviation industry appear bleak.

“The world has changed since both of those deals were announced,” Mr. Gentile told analysts at a Morgan Stanley investor conference last week. “You’re always weighing off the benefit of short-term cash and the long-term strategic value. As I said, we have sufficient cash on hand and access to capital that we’re confident we could do both deals.” 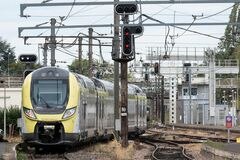 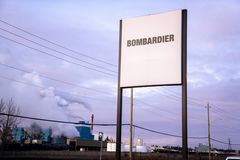 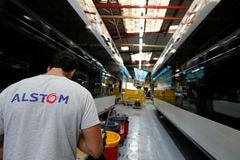