Lenders to Sherritt International Corp. plan to turn down the nickel miner’s proposed restructuring plan, partly on concerns the deal would set a poor precedent for future showdowns with debt-heavy companies grappling with the impact of the COVID-19 pandemic.

Toronto-based Sherritt borrowed heavily to build mines in Cuba and Madagascar, with some of its projects costing far more than expected. With nickel prices in a slump for more than a decade, Sherritt has made paying down debt a priority for the past five years. In February, the company announced what it called a “comprehensive solution to its liquidity challenges.”

The miner’s debenture owners, a group that includes insurance companies and asset managers, are scheduled to vote April 9 on a recapitalization in which they would exchange $588-million of debt due over the next five years for new paper worth $319-million that matures in seven years. While most recapitalization plans also involve concessions from equity owners and other stakeholders, Sherritt is focused on reworking its debt, a balancing act among shareholders, and first- and second-tier creditors.

“Why are bondholders, who are already in a second-lien position, being asked to take a 50-per-cent haircut while no other stakeholders are being asked to do the same – not management and the board, both with outsized compensation, nor equity holders?” Paul Tepsich, a Sherritt bond holder and managing partner at High Rock Capital Management Inc., said in an interview this week.

He said Sherritt’s head office costs, including $8.8-million in executive compensation last year, are significantly higher than comparable companies. “Without right-sizing the corporate overhead, we may find ourselves in the same situation two years from now," Mr. Tepsich said.

Sherritt creditors who collectively own $215-million of debentures said in March they had more than enough support to block the restructuring. The group, which includes High Rock Capital, hired law firm Bennett Jones LLP to represent their interests. In a news release, Sherritt’s lenders said the plan “unfairly burdens holders of the existing notes with the consequences of the company’s decision to de-lever its balance sheet to the benefit of the company’s current shareholders.”

Sherritt head of investor relations Joe Racanelli declined to comment on Wednesday on negotiations with bond holders, and said the process is meant to be confidential. When the company proposed the restructuring in February, Sherritt’s board hired investment bank Paradigm Capital Inc. to weigh its merits. Paradigm said the plan was fair to the company, and Sherritt’s bondholders “would be in a better position, from a financial point of view, under the transaction than if the corporation were liquidated.”

The institutional investors that lent money to Sherritt also own debt issued by a broad swath of corporate Canada, including energy, mining, real estate and retail companies that face significant financial challenges as COVID-19 disrupts the economy.

High Rock’s Mr. Tepsich said several of Sherritt’s lenders believe any deal that doesn’t require concessions from all stakeholders would be unacceptable for fixed-income investors, who expect a wave of restructurings in coming months.

Canadian businesses have more than $1-trillion of corporate debt outstanding, ranging from short-term commercial paper to long-term debentures, and more than $640-billion in loans from banks, according to the Canadian Bankers Association.

Law firm Torys LLP said last week in a report that, while most of it will be repaid, “the COVID-19 pandemic raises liquidity concerns for businesses across industries, threatening the immediate and long-term health of many companies and the economy more broadly.

“While most companies usually have some degree of liquidity protection in place, today’s highly volatile business climate will mean, in many cases, that such arrangements are inadequate, or are at risk of not being available as anticipated,” Torys said. “For many companies, the situation may be dire enough to require the assistance of the courts and formal insolvency and restructuring proceedings.” 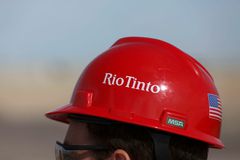