Boris Johnson, the would-be architect of Brexit – the hard or soft variety – could not have picked a worse time to pry Britain loose from the European Union: The British economy may already be in recession, and the world’s other economies are showing ominous signs of stress.

Brexit would be a revolution. But the time to sell this particular revolution is not when the economy in the United Kingdom and abroad is going into the tank. The inevitable pain of Brexit would only be aggravated by the broader economic pain. Put the two together and you have a recipe for an almighty British downturn and little money to reverse it.

Mr. Johnson, who replaced Theresa May as Prime Minister six weeks ago – and who lost his majority in the House of Commons Tuesday night – is not pretending that Brexit will be cost-free. But he is massively underplaying the price tag. A sagging economy will reduce tax receipts just when they are needed to plug Brexit-induced economic holes. Mr. Johnson has promised lavish amounts of post-Brexit spending, plus tax cuts. Spending a lot more while earning a lot less is doable for a while, but only a while.

There is little doubt the British economy is tilting toward recession even though Brexit has yet to happen – before he lost his majority, Mr. Johnson had vowed that Britain would hit the road at the end of October even if a divorce deal with the EU is not in place. Many of the key economic indicators are going in the wrong direction. In the second quarter, the economy shrank 0.2 per cent, the first quarterly contraction since 2012, when the financial crisis was still raging away.

More recent data are pretty grim. This week, the monthly snapshots from IHS Markit and the Chartered Institute of Procurement and Supply show that factory output recorded its sharpest decline in August since mid-2012. The construction industry has contracted for four months in a row.

Not to worry, said the optimists. Manufacturing and construction are relatively small bits of the economy – Britain is all about services, and services are still expanding. Well, not quite. On Wednesday, IHS Markit’s purchasing managers index showed that business activity in services almost stalled in August. “The lack of any meaningful growth in the service sector raises the likelihood that the U.K. economy is slipping into recession,” said Chris Williamson, Markit’s chief business economist. 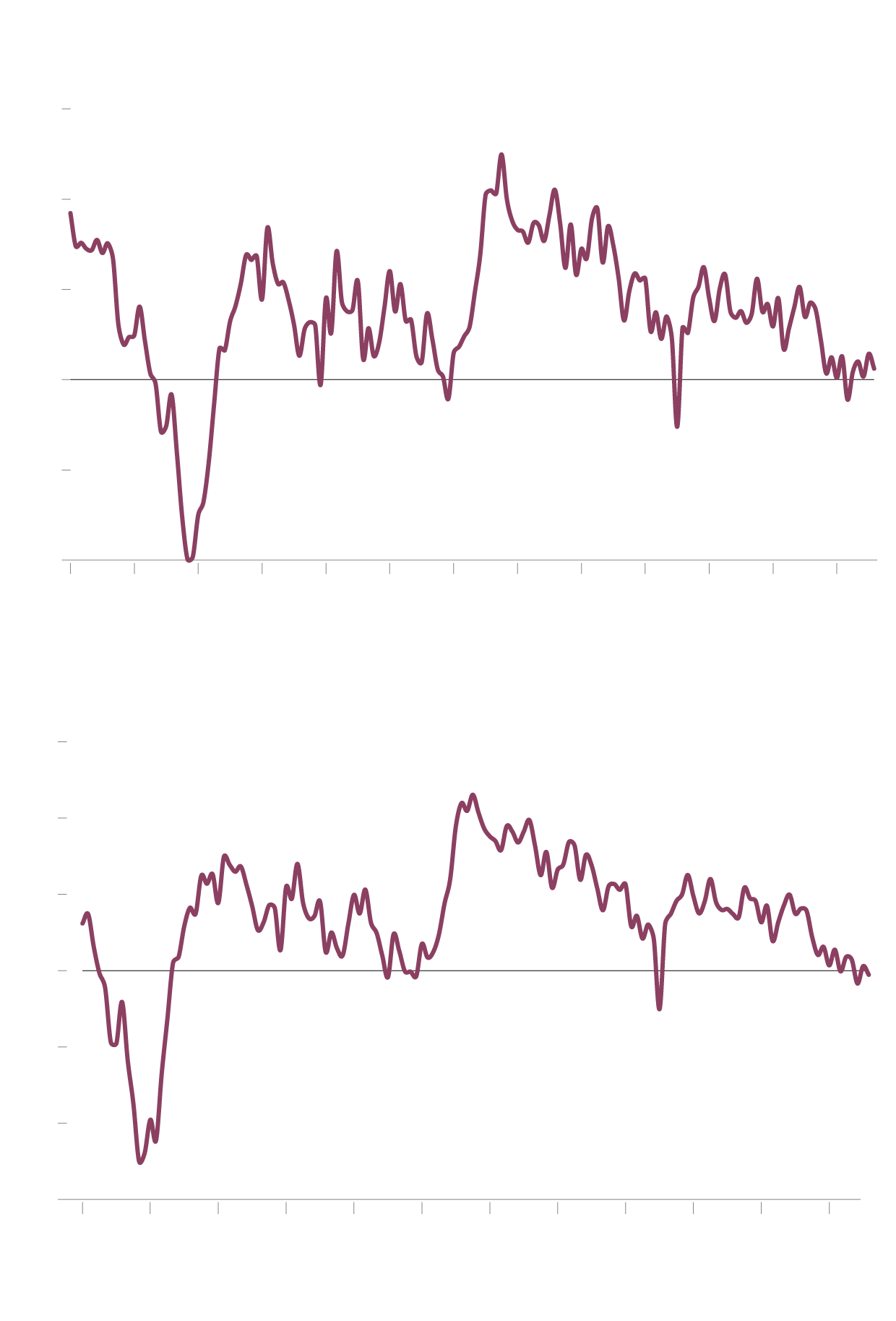 There’s no telling what these readings will look like after Brexit. A no-deal Brexit could flatten them. For weeks there have been credible warnings of food and medicine shortages and of trucks stuck for hours or days at the French frontier, waiting to clear customs, under a no-deal Brexit. Tariffs could devastate Britain’s agricultural sector and other industries.

Already, the car industry in Britiain is shrinking at an alarming rate, with Ford and Honda pulling out and Nissan pulling back. None of those companies blamed Brexit for their sudden loss of faith in Britain, but they were just being polite. Almost all foreign business bosses, and most British bosses, think Brexit is madness and that a no-deal Brexit is reckless idiocy. Why own a factory in Britain that may not be able to supply the EU?

If Britain’s economic downturn were isolated, the economy might be able to absorb some of the Brexit blows, assuming a new trade deal with the EU does not prove elusive. But the numbers are going in the wrong direction beyond the English Channel, too. Germany may be in recession, as Donald Trump’s trade war hits its export-dependent model. A crash-out Brexit would only deepen Germany’s downturn, and where goes Germany – the EU’s economic engine – goes Europe.

And where goes the United States goes the world. On Tuesday, as the Brexit file was making a Three Stooges movie look like a precision military operation, the Institute for Supply Management reported that the U.S. manufacturing index in August fell to 49.1, the lowest reading in three years. A reading below 50 signals contraction. Over time, the index has been a reliable indicator of GDP growth, or lack thereof, with a half-year lag.

As the index fell, so did the yield on 10-year U.S. Treasuries, signalling a flight to safety (bond yields and prices move in opposite directions). At just less than 1.5 per cent, the yield is at its lowest since 2016. At times in recent months, the U.S. bond yield curve has been inverted, meaning short-term rates have been higher than long-term ones, another sign the economy may be about to tip into recession.

Mr. Johnson has another problem beside the economic slowdowns. Britain’s banks, and European banks in general, are in rough shape. They are being squeezed by negative interest rates and their waning investment banking divisions. Deutsche Bank is in perennial crisis. Collectively, the European banks trade at half their stated book value, compared with 1.2 times for the big U.S. banks. The share prices of Barclays and Royal Bank of Scotland have fallen about 20 per cent in the past year. So British banks will be in no position to prop up the British economy if the Brexit turmoil deepens, all the more so because EU banks will snatch big chunks of their European business.

Mr. Johnson is on a losing streak and may not survive. He called for a snap election in mid-October, although he did not get his way. If he wins the next election – date to be determined – and tears Britain away from the EU on his terms, he is bound to learn the hard way that Brexit in any form is going to bring years of economic misery, especially with the EU and U.S. apparently at tipping points.