Five years ago, after spending over a decade at Osler, Hoskin & Harcourt LLP, Neil Paris decided to branch out on his own.

There was a bottleneck of young lawyers angling for partner status at the time, leaving his own prospects of attaining the coveted title uncertain, and he knew that a number of his clients were interested in hiring “lawyers with Bay Street experience who don’t bill out at Bay Street rates,” Mr. Paris said.

At the time, there were very few people who had successfully made the shift from Bay Street to legal entrepreneur from whom to seek advice, said Mr. Paris. But today, that’s changing.

“Every two months, I hear about a new firm or a new group of partners leaving a firm to start their own boutique … we’re seeing a lot of it,” said Mr. Paris, founder of Toronto-based commercial litigation firm Paris & Co.

An increasing number of corporate and commercial lawyers are opting out of the Big Law game, choosing instead to start their own boutique firms that grant them greater autonomy and flexibility and, in some cases, provide savings to their clients.

National statistics on the number of boutique law firms and solo practitioners are not available, but experts say that anecdotally, they are seeing a massive exodus out of larger firms – particularly among the younger cohort of lawyers. In Ontario, the number of law firms with 25 or fewer lawyers or paralegals climbed to 2,783 at the end of 2018, up 9 per cent from 2015, when there were 2,545.

“There’s a big movement and we can see it. People are leaving Big Law,” said Martine Boucher, who chairs a Canadian Bar Association committee focused on the future of the legal profession.

Technological advancements and the availability of co-working spaces have made it easier than ever for lawyers to start their own practices without having to sign a five-year lease or pay for a fax machine or a receptionist.

“There are lots of software programs now targeted toward sole practitioners or smaller firms, to make it easier for us to run our practices in a way that you don’t have to have this massive infrastructure to do it,” said Hilary Book, a commercial litigator who spent 13 years at Bay Street firms before launching her own practice, Book Law, just seven months ago.

Jennifer Mathers McHenry, a Toronto-based executive-employment lawyer, said the culture of big firms is also to blame. The legal profession is too fixated on billable hours, which represent the amount of a lawyer’s working time that can be charged to a client. That drives many lawyers at large firms to work around the clock in order to bring in revenue, Ms. Mathers McHenry said.

“We celebrate really unhealthy ways of working," said Ms. Mathers McHenry, who founded her own firm, Mathers McHenry & Co., this April. “We’re going to have to see some change because people are miserable."

The current model is bad not only for the lawyers but for the clients as well, who want “results, not billable hours,” she said.

“These are typically companies that don’t have any revenue, yet … they need their lawyers to be a bit more flexible,” said Mr. Higgins.

That flexibility means giving customers the option of paying a fixed fee rather than an hourly rate, not charging for phone calls and photocopies and, in some cases, even accepting company shares as payment. Pilot Law also offers its clients a 10-per-cent discount if they pay within 30 days, eliminating the need for an accounts receivable department.

“No one has said, ‘I miss going to the fancy offices in the towers,'" said Mr. Higgins. “People are looking for us to provide the same level of service but more efficiently.” 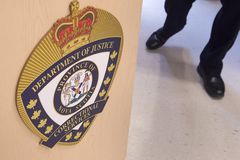 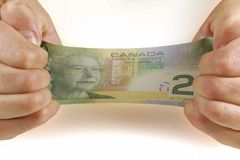