Oil and gas supermajor BP PLC will shed about 10,000 jobs by the end of the year as it deals with the fallout from the COVID-19 pandemic and prepares to shift more toward renewable energy.

BP holds interests in three oil sands assets in northeast Alberta. The company said it’s too early to know if any of those sites will be affected and, if so, to what extent.

“This is the start of a process, and so we don’t have specifics about regions or business areas,” BP spokesperson Megan Baldino said in an e-mail.

BP announced its intention to shrink and flatten the organization in February. Ms. Baldino said those plans accelerated in a bid to reduce costs as the company responds to recent market conditions, including flattened demand and tanking oil prices.

She said the jobs being eliminated would largely impact senior-level managers and would be office-based positions, rather than frontline operational roles.

The majority of those impacted will leave by the end of 2020. About a fifth of the job cuts will take place in Britain, where BP employs 15,000 people.

BP chief executive Bernard Looney said in February, shortly after taking office, that he was creating 11 divisions to “reinvent” BP and dismantle the traditional structure dominated by its oil and gas production business and its refining, marketing and trading division.

Mr. Looney told staff in a June 8 e-mail the company must “spend less money” and is working to cut capital expenditures by 25 per cent this year, or around US$3-billion.

The job reductions are also part of his plan to make the 111-year-old oil company more nimble as it prepares for the shift to low-carbon energy.

“It was always part of the plan to make BP a leaner, faster-moving and lower-carbon company. That is how we will deliver on our net-zero ambition. And that is how we will seize opportunities throughout the energy transition,” Mr. Looney said in the e-mail.

The changes at BP come after comments by Suncor Energy Inc. CEO Mark Little, who said recently the shift to electric vehicles and other low-carbon technologies could disrupt crude oil demand on a similar scale to the coronavirus pandemic.

While the impact of BP’s green pivot on its oil sands operations is unknown for now, new analysis by the Seattle-based Stockholm Environment Institute examines how Canada’s oil and gas sector fits into a postpandemic economy in the midst of an energy transition.

The report found that Canada’s oil and gas industry is particularly vulnerable to drops in global oil demand and price, and that further investments in fossil fuel infrastructure – particularly new oil sands and natural gas projects – are “increasingly risky” given market trends.

Co-author Peter Erickson told The Globe and Mail the analysis found that while larger, established oil sands projects may be able to weather the storm in the longer term – “good news for people who need those jobs” – their ability to keep covering their costs “depends on a lot of assumptions about market access” and the price differential between Canadian and U.S. crude.

“What we clearly found is that the newer projects – which means both oil sands expansions but also new greenfield projects and some of the higher-cost tight oil and shale projects – those would require prices that are higher than we can really foresee in the near term, and possibly even in the long term if the world’s energy transition is really under way,” he said. 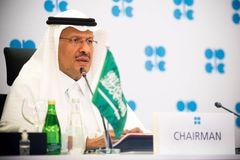 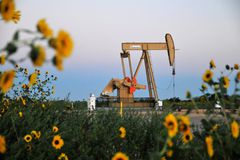 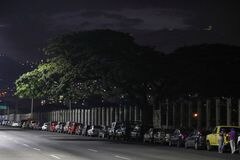