Less than 10 years ago, Brazil’s Eike Batista was among the world’s richest people, with a US$30-billion empire that traced its roots to Canadian gold mining plays.

The charges were laid after the billionaire’s fortune has largely melted away and Brazilian courts have found Mr. Batista guilty of bribery and market manipulation as part of a larger investigation, known as the lava jato or car wash scandal, that has rocked Brazil’s political and business elite.

Mr. Batista was a self-proclaimed champion of Brazilian business a decade ago, with an empire that included mining, oil and gas, and logistics businesses. His holdings included stakes in Ventana and Galway, junior mining companies with properties in Colombia.

According to Brazilian public prosecutors, Mr. Batista, with the help of eight other individuals, carried out 129 fraudulent transactions on the TSX involving Ventana’s shares between February, 2010, and January, 2011, worth a total value of US$68.4-million. The Sao Paulo-based prosecutors allege the group also engaged in fraudulent trading on Irish and Brazilian exchanges. Prosecutors allege Mr. Batista personally profited from the transactions, and hid the buying and selling from regulators by routing trades through a third-party company called Adviser Investments.

“Financial assets (stocks and bonds) were traded through ghost accounts at the parallel bank, The Adviser Investments, who appeared as the holder, when in fact, he was just an intermediary person through whom Eike Batista was operating,” said the Brazilian prosecutors in a regulatory filing. None of these allegations have been heard in court, and Mr. Batista could not be reached for comment on Thursday.

The Ontario Securities Commission declined to comment on the investigation, while TMX Group Ltd., the parent company of the TSX, directed questions to the Investment Industry Regulatory Organization of Canada, which monitors trading on exchanges. IIROC did not immediately respond.

The prosecution also stated that in investigating the alleged trading fraud, they noticed a pattern – Mr. Batista was always tied to a broader business transaction involving the company in question.

Trading in Ventana Gold took place around the same time a company owned by Mr. Batista was attempting to acquire the Vancouver-based company, according to Brazilian prosecutors. Mr. Batista’s EBX Group eventually bought Ventana Gold in March, 2011, after an 18-month hostile takeover battle. At the time, Ventana was valued at $1.5-billion and its key asset was the La Bodega project, a gold-silver-copper mine in Colombia.

Brazilian prosecutors also allege that Mr. Batista and an accomplice manipulated trading in Toronto-based Galway. The allegedly fraudulent trades involved 12.14 million Galway shares, valued at US$17.3-million. They took place between February, 2011, and February, 2012, amid Mr. Batista’s bid to purchase Galway and consolidate his gold mining holdings in Colombia through EBX Group. One of Mr. Batista’s first business ventures was TVX Gold Corp., which he co-founded in 1983, listed on the TSX, and eventually sold to Kinross Gold Inc.

This is far from Mr. Batista’s first run-in with the law. The son of Brazil’s former minister of mines and chief executive officer of mining conglomerate Vale, Mr. Batista was sentenced to 30 years in prison for corruption and money laundering after being found guilty of paying a US$16.5-million bribe to former governor of Rio De Janeiro Sergio Cabral.

While serving that corruption sentence, in the form of a house arrest, he was separately convicted of market manipulation and sentenced to an additional eight years in prison in September, 2019. He entered into a plea bargain in March, 2020, under which he agreed to serve four years in prison and pay a US$160-million fine in exchange for collaborating with prosecutors.

Brazilian businessman Eike Batista to turn himself in
January 30, 2017 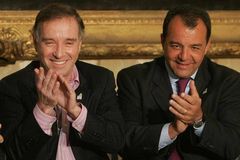 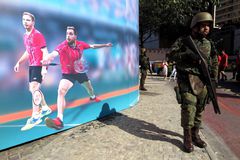