The Winnipeg businessman at the centre of Bridging Finance Inc.’s woes has filed for bankruptcy protection, citing liabilities of more than $222-million.

Sean McCoshen, who has not been heard from publicly since an Ontario judge placed Bridging under the control of a receiver, owes Bridging $204-million, his bankruptcy filings show.

If Mr. McCoshen’s paperwork is accurate, the receiver, PricewaterhouseCoopers LLP, will have much work ahead. Mr. McCoshen’s assets, which include an art collection that he values at $100,000 and a beachside home in the Turks and Caicos Islands, have a total value of $33-million, he says.

Bridging Finance’s missing man: Who is Sean McCoshen, the dealmaker tied up in the private lender’s fall?

The difference between those two figures – his liabilities and his assets – raises more questions about how and why Bridging found itself so exposed to Mr. McCoshen, a financier specialized in sourcing loans for Indigenous communities. It also raises questions about just how much money Bridging’s 26,000 investors will get back, considering Mr. McCoshen personally guaranteed some of Bridging’s largest loans.

The single largest loan in Bridging’s $2-billion loan portfolio was made to a project founded by Mr. McCoshen – the Alaska-Alberta Railway Development Corp. (A2A). That company envisioned building a railway from northern Alberta to the ports of Alaska for the primary purpose of shipping oil to Asian markets, an ambitious project that is still at a conceptual stage. Bridging lent some $200-million to A2A, which also filed for creditor protection after the Bridging receivership.

But Bridging’s connections to Mr. McCoshen go further. Mr. McCoshen and his companies have ties to some of Bridging’s biggest and most troubled loans – more than $500-million worth, about one-quarter of the company’s assets under management – whether as the recipient, guarantor or broker.

The McCoshen-Bridging relationship was one of the alleged problems cited by the Ontario Securities Commission when it asked the court to place Bridging under the control of a receiver. Investigators with the OSC determined that a company controlled by Mr. McCoshen made $19.5-million in transfers into the personal bank account of Bridging’s then-chief executive officer David Sharpe – deposits that came within days of Bridging releasing funds to Mr. McCoshen’s companies.

Mr. McCoshen could not be reached for comment. Mr. Sharpe, who told the OSC that the $19.5-million transfers from Mr. McCoshen were loans, also declined to comment.

Since taking control of Bridging, PwC has said in court that it made a number of efforts to contact Mr. McCoshen, but was told that he was not available for medical reasons. Although Mr. McCoshen has cited “health-related problems” as one of the reasons for his bankruptcy – along with “financial mismanagement” and “personal guarantee of business loan” – his insolvency records show he has continued to make financial moves.

In June, he closed a deal to sell his Vancouver home for $3.1-million. The proceeds are being held by his bankruptcy trustee, his filings show. The same month, his leased Ferrari was returned to the dealership. He expects to get back the $100,000 deposit, which he says he will transfer to the trustee. He says he has also “surrendered” his seasons tickets to the Los Angeles Rams football team, which will generate a return of $100,000. He expects to receive an additional $95,000 for cancelling his lease of a suite at the Rams’ stadium.

Collecting other assets will prove more difficult. Mr. McCoshen says he pledged his art collection to Bridging, but acknowledged that some of his art may have been taken by his ex-fiancée from a mansion he owns in Oregon.

He also pledged two Boston Whalers he keeps in the Turks and Caicos, but both boats have been seized by authorities because of outstanding duties he owes on the vehicles, the records show.

The bankruptcy filings also shed light on another connection between Bridging and the 54-year-old businessman. A list of Bridging loans from 2020, obtained by The Globe, shows the company had an outstanding $9.2-million loan to a numbered company in Manitoba. Mr. McCoshen’s bankruptcy filings show he was the principal behind that numbered company, which he says serves as a holding company for a 2002 Bombardier Challenger 604 jet.

Mr. Sharpe did not respond to a question about Bridging’s funding of the jet, and whether it was leased or owned.

In June, Mr. McCoshen filed a notice of intention to make a bankruptcy proposal that would allow him to maintain some control over his assets. PwC responded that it would not support the request, records show.

A source close to the receiver said PwC was “pleased” that Mr. McCoshen “is no longer under control of his assets,” and that instead, they are under the control of his bankruptcy trustee, an officer of the court. The Globe is not identifying the source because the individual was not authorized to speak publicly about the matter. 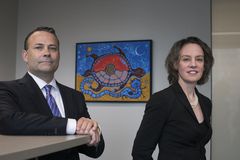 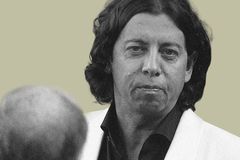 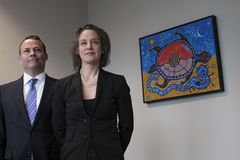 Follow Greg McArthur and Tim Kiladze on Twitter @McarthurGreg @timkiladze
Report an error Editorial code of conduct
Due to technical reasons, we have temporarily removed commenting from our articles. We hope to have this fixed soon. Thank you for your patience. If you are looking to give feedback on our new site, please send it along to feedback@globeandmail.com. If you want to write a letter to the editor, please forward to letters@globeandmail.com.
Comments