The prospect of Boris Johnson becoming Britain’s next Prime Minister has rattled British business leaders and increased fears the country is headed for a disorderly Brexit.

Mr. Johnson, a former Foreign Secretary, is the frontrunner in the race for the leadership of Britain’s ruling Conservative party with polls showing he has a wide lead over his only rival, current Foreign Secretary Jeremy Hunt. Party members will select the new leader in a postal vote this month, and he will take over from Prime Minister Theresa May on July 24.

Mr. Johnson has recently hardened his position on Brexit, announcing last week that he was prepared to pull Britain out of the European Union as scheduled on Oct. 31 with or without a withdrawal agreement. “We are getting ready to come out on 31 October. Come what may,” he said during a radio interview. “Do or die.”

Both candidates have vowed to tear up a withdrawal agreement that Ms. May reached with Brussels last year but couldn’t get through parliament.

Mr. Johnson’s tougher stance has raised fears among business groups that a disruptive, no-deal Brexit is becoming far more likely. The EU has made it clear it will not re-negotiate the withdrawal agreement, and diplomats in Brussels have said that even if renegotiation was possible, there isn’t enough time before the Oct. 31 deadline.

“The political world is in turmoil and the idea that Boris Johnson will become our prime minister fills me – and many other businesspeople – with horror,” Andrew Sentance, a former member of the Bank of England’s monetary policy committee, wrote recently in the Guardian newspaper.

Mr. Johnson’s Brexit promise was a key topic of conversation, and worry at an auto industry conference last week in London. “No deal would be catastrophic,” said Mike Hawes, chief executive of the Society of Motor Manufacturers and Traders which represents automakers. “Brexit remains the clear and present danger. We need frictionless trade.”

Few sectors in the UK are more reliant on the EU and an open border with Europe than the auto industry. There’s concern that a hard Brexit could mean long delays at the border, and the SMMT has calculated that automakers will lose £50,000 for every minute trucks are held up. The EU would also slap on tariffs of up to 10 per cent on imports of British vehicles, pricing many out of the market.

Mr. Hawes said the Brexit turmoil has already caused havoc for the industry. Investment has plummeted, and Ford Motor Co. and Honda Motor Co. Ltd. have recently announced plant closures. The owner of Peugeot, Groupe PSA, said last week that a decision on whether to build its new Astra car model at its UK plant “will be conditional on the final terms of the UK’s exit from the European Union.”

Brexit has become a contributing factor in nearly all investment decisions, Mr. Hawes added. “It’s death by a thousand cuts. You gradually erode the competitiveness of the industry and it makes it that much harder to invest in the future.”

The auto sector isn’t alone in its concerns about a no-deal departure. Financial firms also want clarity, said Peter Estlin, the Lord Mayor of London, a largely ceremonial post that represents London’s financial district known as the City. His message to Mr. Johnson was blunt: “You have to resolve Brexit. And you have to come out with a clear pathway to that resolution."

Mr. Johnson has a complicated history with Britain’s business community. Last year he famously dismissed business leaders’ concerns about Brexit with a profane comment. During an all-candidates’ meeting last week he rejected suggestions he was anti-business and said his comment was “one stray remark”.

He has some defenders, though, including Giles Delafeld, the chief digital officer at realtor Purplebricks Group Plc. Mr. Delafeld is a Tory party member and he’s voting for Mr. Johnson because he believes the former Foreign Secretary has the leadership skills needed to finally get the UK out of the EU. “I don’t necessarily think that he’s a 10-year Prime Minister,” Mr. Delafeld said last week during an all-candidates meeting in Bournemouth. “I think he’s what we need right now.” 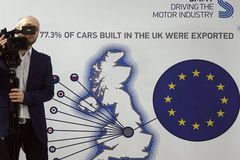 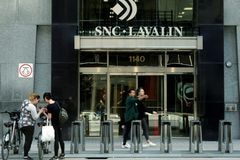