Regulating foreign streaming companies is only half the battle to save Canada’s cultural industries, Corus Entertainment Inc. chief executive Doug Murphy says. The other half will be loosening the rules for traditional broadcasters to allow them to make more “market-driven” decisions on content.

The Liberal government tabled legislation last week to modernize the Broadcasting Act by giving the industry regulator, the Canadian Radio-television and Telecommunications Commission, power over digital content services, such as Netflix and Spotify.

Mr. Murphy said he applauded the Liberals for the bill, which could allow the CRTC to force foreign-owned streamers to fund more Canadian productions or promote more Canadian content.

But, he said, the influx of new money into the system should mean that pressure gets taken off domestic producers, such as Corus, that have mandated quotas for spending on genres such as comedy and drama that are more expensive to produce.

The Canadian broadcasting industry is heavily regulated to support domestic cultural producers. The Liberal government says the new bill is intended to respond to disruptions in the market caused by declining ad sales and cord-cutting that have threatened the business model of traditional broadcasters.

It’s part of a suite of initiatives under way to level the playing field between foreign-owned tech giants and domestic companies. The government has hinted at forcing the online streamers to finally charge federal sales tax, and at least two more bills are being drafted: one to support the news media and another to police online hate speech.

The broadcasting bill would be the first major update to the law in a generation. The Minister of Canadian Heritage Steven Guilbeault, who testified at the House of Commons heritage committee on Thursday, said the bill was purposely drafted without a lot of detail in terms of the companies' obligations, because he wanted to give the regulator more flexibility to adjust to continuing industry disruption.

“We haven’t amended this legislation for 30 years,” Mr. Guilbeault said in French. “If the past is any indication of the future, it’s much easier to amend regulation than to amend legislation.”

The minority Liberal government will require the co-operation of at least one opposition party to pass the bill, but the other parties seemed inclined to support it last week. Once the bill is passed, the Liberal cabinet is expected to give policy directives to the CRTC, which will be given nine months to draw up the new rules – meaning the system could be in place by the end of next year.

Mr. Murphy said time is of the essence. Like other conventional broadcasters, Corus’s revenue has been under pressure as more TV viewers switch from cable packages to streamers. Corus’s stock has fallen from a high of around $25 in 2013 to $3.80 at close on Friday.

Mr. Murphy said he sees hope in more revenue from licensing Corus properties internationally. He pointed to one recent success: the Canadian-produced Island of Bryan, which was rebranded Renovation Island in the U.S. and set viewership records for HGTV this summer. He said he would like to make more reality programming like that show, but didn’t have the funds to do so while investment was tied up in other mandated genres.

“We need to be market-driven,” he said.

A briefing document, provided to journalists and stakeholders by the Canadian Heritage Department last week, gave some indication of what kind of policy direction cabinet could give the CRTC next year. It suggested the regulator could be asked to provide incentives for broadcasters to invest in productions from minority groups, such as Indigenous people, LGBTQ+ communities or French-language creators. Those incentives could take the form of credits that help broadcasters meet their spending targets.

Mr. Murphy said the new incentives would be “great,” and he supported more funding for BIPOC (Black, Indigenous, people of colour) creators to tell stories that better reflect Canada’s communities.

He also said he supported the legal mandates for broadcasters to provide local news, and said such services were “never more important” than during this year’s pandemic.

Companies that might be affected by the new legislation, such as Amazon and Disney, declined comment or provided only short statements saying they were reviewing the bill when contacted by The Globe and Mail last week. It will be up to the CRTC to decide which companies are ultimately affected. 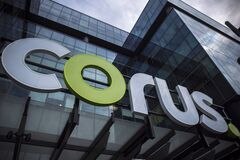 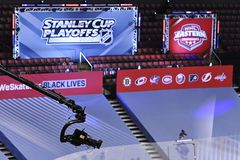