How much of that we’ll see deployed in 2019 is unclear, however, as Brookfield’s leaders suggest they believe we’re nearing the end of an investment cycle – and some of the best opportunities come after.

“It’s a time to be wary, but also we’re opportunistic,” Brookfield chief executive Bruce Flatt said Thursday in response to an analyst question as to whether Brookfield is willing to “take the foot off the accelerator a bit” in case a recession arrives. “We’re very focused on making sure we find bespoke opportunities, but we’re not compelled to invest the cash we have.

“We’re ensuring that our balance sheets are as strong as we possibly can make them to ensure we have cash around to do all the things that we will want to do, and may have to do, with respect to our investments [if we] go through a recession at some point in time.”

Mr. Flatt’s comments came as Brookfield, which owns and operates multiple funds that invest in real estate, infrastructure and other assets, released results that underscored its status as a Canadian colossus, with assets under management of roughly US$350-billion.

Brookfield, which collects management fees from the investment partnerships it runs, and also reports the sales from businesses it owns outright, closed 2018 with revenue of US$56.8-billion, compared with US$40.8-billion in 2017. According to S&P Global Market Intelligence, just 20 companies in the S&P/TSX 60 posted annual revenue of US$16-billion – the amount of Brookfield’s year-over-year gain.

The company posted net income of US$3-billion in the quarter, or US$1.87 a share, up from US$2.1-billion, or US$1.02, in the prior-year period. The company’s funds from operations – a measure that excludes things such as changes in the values of certain assets, depreciation and tax items – increased just over more than 4 per cent to US$1.36-billion, or US$1.35 a share. Analysts had been expecting 75 US cents a share, according to Thomson Reuters Eikon.

The company also said it will bump its quarterly dividend to 16 US cents from 15 US cents.

In response to the analyst question, Mr. Flatt noted said that, fundamentally, “our business is about investing capital,” but “there are times … you should be doing some things and not doing others. [And] there are times when you shouldn’t be doing anything.”

He used the financial crisis of a decade ago as an example of how “If you had $1 to invest … almost anything you bought, it would’ve been a successful investment.”

Given Brookfield’s size, global reach and operational track record, he said, "we always find things to do within the market. You wouldn’t imagine we could’ve bought three companies out of bankruptcy last year in one of the best markets that you would’ve found for business performance.”

The Brookfield letter to shareholders, also released Thursday, said the company did “a smaller number of large deals” in 2018. While they should do very well over the longer term, Mr. Flatt wrote, “More importantly at this point in the cycle, each has inherent defensive protections … it is likely we will own all of these businesses through the next downturn.”

Mr. Flatt’s list included the US$4-billion purchase of power-services company Westinghouse Electric Co. out of bankruptcy protection; the acquisition of Saeta Yield, a US$3.1-billion portfolio of Spanish wind and solar power assets; and the US$13.2-billion deal for the auto-battery division of Johnson Controls International PLC. 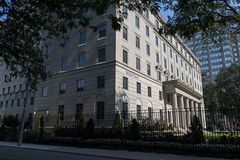 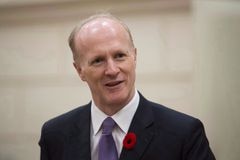 Decision on who will represent Quadriga users is expected next Friday, judge says
Subscriber content
February 14, 2019 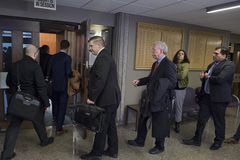