Brookfield Asset Management Inc. is making one of its largest investments in insurance by buying a 19.9-per-cent stake in American Equity Investment Life Holding Co. for at least US$750-million, after the Iowa-based provider of retirement annuities rejected a takeover bid from a pair of insurers.

Toronto-based Brookfield will first buy a 9.9-per-cent interest in American Equity for US$37 a share, pending regulatory approval – a premium of nearly 15 per cent over the company’s closing share price last Friday. By the first half of next year, Brookfield then plans to buy a further 10-per-cent stake for the same price or American Equity’s adjusted book value per share – whichever is greater.

As part of the deal announced Sunday, Brookfield will also reinsure up to US$10-billion of American Equity’s annuity liabilities through a subsidiary, Brookfield Asset Management Partners, including US$5-billion in existing liabilities up front.

Brookfield and American Equity have been in talks since March, according to a statement from Anant Bhalla, American Equity’s chief executive officer. On Sunday, his company also rejected an unsolicited US$3-billion takeover bid from Athene Holding Ltd. and Massachusetts Mutual Life Insurance Co., which was made public on Oct. 1. That bid was “opportunistic” and “significantly undervalues” American Equity, Mr. Bhalla said in a news release, explaining the company’s decision to partner with Brookfield instead.

“This transaction represents a meaningful investment for us in the attractive U.S. insurance market and we believe our alternative asset strategies can deliver long-term value to the company,” Sachin Shah, Brookfield’s chief investment officer, said in a statement.

Since the unsuccessful takeover bid was announced, American Equity’s share price has risen 47 per cent, pushing the company’s market capitalization to US$2.97-billion and driving up the price for the stake Brookfield is acquiring.

Though Brookfield is an industry giant with about US$550-billion in assets under management, until now its investments in insurance businesses have been relatively modest. Last year, the company acquired a controlling stake in Genworth MI Canada Inc., the country’s second-largest mortgage insurer, for $2.4-billion. At an investor day the company held in late September, CEO Bruce Flatt said the company has been slow to move into insurance because of the risk in buying portfolios that needed a high rate of return to be profitable investments.

But with interest rates near zero, “the time is right for us to consider expanding the small insurance operations we have," Mr. Flatt said at the investor day. He predicted insurance could be a US$100-billion to US$200-billion business for Brookfield over time.

American Equity specializes in selling fixed-index annuities to retirement-age customers who want a product that guarantees them a predictable income, through independent agents, banks and dealers.

Through the partnership, Brookfield will receive one seat on American Equity’s board after its initial investment. In turn, American Equity will get access to Brookfield’s investments in alternative assets, offering the insurer a new way to earn returns on its capital at a time when interest rates are at rock-bottom levels.

The partnership with Brookfield “accelerates the transformation of our business,” Mr. Bhalla said in his statement, and “unlocks significant new investment opportunities.”

American Equity will issue common shares to Brookfield, but plans to offset the dilution to shareholders by buying back up to US$500-million in shares. 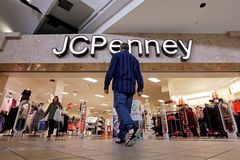 Brookfield Properties lays off 20 per cent of its staff as the pandemic continues to hit retail
Subscriber content
September 22, 2020 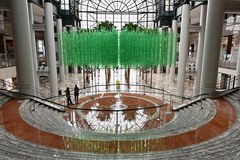