BRP Inc., the maker of Ski-Doo snowmobiles and Sea-Doo watercraft, is defying fears of an economic slowdown as it reported stronger-than-expected profit and sales for its latest quarter and boosted its financial guidance for the year.

The company also announced it would buy back up to $300-million worth of shares, an investor-friendly move it says is doable because of a strong balance sheet. The stock jumped 15.6 per cent in trading Thursday to close at $41.79, the biggest single-day increase in three years.

“A lot of investors don’t appreciate what we have built,” BRP chief executive José Boisjoli said in an interview, adding the company’s innovation and improved processes have helped it diversify and reinforce its product lines. “We believe we have a business model … that is more resilient than investors think.”

Despite concerns in some quarters that an economic recession looms, Mr. Boisjoli said the data points that BRP most closely monitors show no signs that the consumer is in trouble. Unemployment is low in the United States, the company’s biggest market, while the housing market remains healthy, he said.

After housing and a car, recreational vehicles such as those BRP manufactures are “the third priority” in the lives of many people, Mr. Boisjoli said. Repeating a phrase he’s used before, he says the company sells "therapy” for adults.

Profit for the quarter ended April 30 came in at $23.8-million or 25 cents a diluted share on revenue of $1.33-billion. Excluding foreign exchange and other costs, adjusted profit was 54 cents a share, besting analyst expectations of 51 cents on revenue of $1.25-billion.

The upbeat results were driven by strong sales of its new Ryker three-wheeled motorcycle and side-by-side all-terrain vehicles. The company said it outpaced competitors in most of its markets.

BRP launched the Can-Am Ryker last year as a more affordable alternative to its existing Spyder three-wheelers. Dealers told The Globe and Mail that some buyers were turned off by the Spyder’s price tag – it currently starts at US$15,999 for a base model – and were looking for something cheaper.

BRP raised its financial forecast for the year and now expects to post earnings a share of between $3.55 and $3.75 for its current fiscal 2020 compared with 2019. It had previously given a range of $3.50 to $3.70. Total company revenue for the year will also improve, climbing between 9 per cent and 13 per cent from the $5.2-billion tallied in 2019, the company said.

Polaris Industries, one of BRP’s main rivals, warned earlier this month that plans by the U.S. government to hike tariffs on China would have major implications for the company because it sources a significant amount of parts and material from the Asian country. The company said the tariffs could erase a third of the company’s net profit this year.

“It’s downright catastrophic in terms of impact on the company and its employees,” CEO Scott Wine told business network CNBC.

The situation is not problematic for BRP, which estimates the trade dispute between China and the United States is immaterial to its results because it sources only a small percentage of components from China. Mr. Boisjoli said he believes Polaris will work through the issues.

“It will put pressure on them for sure. But this is short-term pain. They will find a way to bounce back and adapt to the new reality." 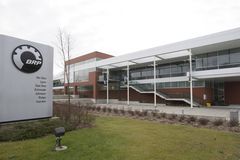 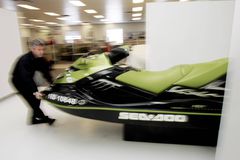 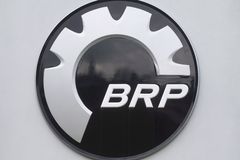