Investment banks which lost out on big payouts for the work on the shelved listing of oil giant Aramco are lining up for a raft of other projects as Saudi Arabia pursues reforms.

Banks including JPMorgan Chase & Co. and Morgan Stanley worked for months to prepare what would have been the biggest ever stock market debut. But the plan to sell 5 per cent of the company for a targeted US$100-billion was pulled.

The bankers were paid retainer fees, but were expecting around US$200-million would be shared among the banks involved when the deal was done.

Now, they are pinning their hopes on other projects from a privatization program that is part of Riyadh’s economic-reform plan to loosen the country’s reliance on oil. Without the funds from the Aramco sale, the government is looking to raise money in other ways, creating new opportunities for the banks, bankers say.

Teams from JPMorgan and Morgan Stanley that worked on the initial public offering, have been shifted to advise on Aramco’s planned acquisition of up to US$70-billion in petrochemicals firm Saudi Basic Industries (SABIC), three people familiar with the details of the transaction said.

HSBC Bank PLC, which was also an adviser on the Aramco IPO, is expected to play a role in putting together the debt to fund that purchase, they said.

One of the sources said the issue could exceed the 2016 sovereign-bond issue of US$17.5-billion, which was a record for the kingdom. Aramco said earlier this month it was in “very early-stage discussions” with the kingdom’s Public Investment Fund (PIF) to acquire the stake in SABIC, but has not said how it will finance the deal.

Spokespeople for JPMorgan, Morgan Stanley and HSBC declined to comment on their role in the SABIC deal. None of the banks have confirmed they were involved in the Aramco IPO.

Other deals are expected to be forthcoming.

“The PIF [sovereign-wealth fund] has had to reconsider its budget in the last three months, after finding out that they wouldn’t be getting $100-billion from the Aramco IPO right away,” a banker in Saudi Arabia said.

“So there’s been a flurry of activity as they look to raise cash in other ways. A lot of these are smaller deals, $1-billion here and there, but all geared toward financing their commitments for big infrastructure projects without slowing down their timelines.”

The banker did not give details of the other deals. PIF officials did not respond to a request for comment. After it was reported last week that the Aramco deal had been shelved, Saudi Energy Minister Khalid al-Falih said the government was committed to conducting the IPO at an unspecified date in the future.

The bankers are nevertheless wary after the Aramco experience as it highlighted the hurdles inherent to doing business in a country governed by an absolute monarchy where public protest and political parties are banned. It also added to uncertainty after scores of top royals, ministers and businessmen were rounded up in an anti-corruption campaign last November.

The preparation for the listing was launched by Crown Prince Mohammed bin Salman two years ago, and some bankers had flown to the kingdom hundreds of times to work in the Dhahran camp, a gated compound for the oil group’s residents.

A different source said Aramco had demanded it deal only with the very top bankers.

Another person familiar with the Aramco deal said he had made more than 20 trips to Dhahran over 18 months, but with little to show for it. He said his team would “give the same presentation each time without getting much feedback.”

Bankers also say the fees are modest in comparison to those paid by other countries.

“The deal flow is huge, but there’s a worry that the fees coming from these projects are low,” a Gulf-based banker said on condition of anonymity.

“Saudi Arabia is lower than Hong Kong and Dubai when it comes to fees,” he said. “It’s all substandard.”

Typical fees for banks doing IPOs in more developed markets are around 1 per cent of the overall deal, while estimates from bankers and analysts for an Aramco IPO was 0.2 per cent.

The 35 banks who worked on Chinese internet giant Alibaba’s US$21.8-billion float, led by six main underwriters, pocketed an estimated US$300-million among them, according to Thomson Reuters data.

Still, the rewards from a privatization that analysts expect to generate between US$9-billion and US$11-billion by 2020 are too big for bankers to ignore.

HSBC is already advising the Saudi International Petrochemical Company on a potential merger with Sahara Petrochemical, which is being advised by Morgan Stanley, according to disclosures from March.

New York-based investment bank Moelis & Company is preparing to apply for an advisory license in Saudi Arabia, and U.S. boutique investment bank Evercore opened an office in Dubai in 2017.

The government is also trying to make it easier to do deals, changing the law to allow alternatives to traditional debt finance.

“There are plenty of deals to be made from bigger players looking to consolidate their market position and buy out competitors,” said Mohammed Fahmi, the Dubai-based co-head of EFG Hermes Investment Banking.

“Good stories will continue to see a following.” 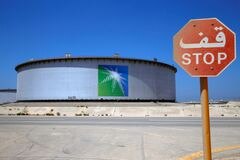 Saudi Arabia denies it has called off plans for Aramco IPO
August 23, 2018 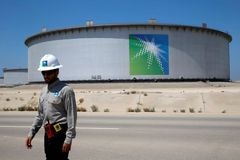