Eighteen months after Berkshire Hathaway helped rescue Home Capital Group Inc., the firm run by billionaire investor Warren Buffett is offloading most of its shares in the mortgage lender.

News of Berkshire’s decision to pull out comes as Home Capital is still recovering from a crisis that pushed what was once Canada’s clear leader in alternative mortgages to the brink of insolvency last year.

The mortgage lender’s shares, which had soared when the buyback was announced in November, plunged on Wednesday, closing at $14, down 15 per cent. Although Home Capital has regained stability under new management and board oversight, the company is still a diminished business facing an array of pressures.

When Home Capital executed a $300-million share buyback this week, choosing to repurchase 22.7 per cent of its shares for $16.50 a share, Berkshire tendered all 16 million of its shares, owned through a subsidiary. Because the offer was oversubscribed, however, the investment firm will retain a 4-per-cent stake for now, holding fewer than three million shares.

From the moment Berkshire emerged as Home Capital’s apparent saviour in June of 2017, Mr. Buffett had cast the investment as a longer-term strategy, noting his bullishness on Canada. But the deal he struck on advantageous terms when the lender was in deep crisis turned out to be less lucrative than Berkshire had hoped, as executives from both companies acknowledged in interviews. Now, Mr. Buffett has elected to walk away just as Home Capital enters a crucial phase in its comeback, facing stiffer competition from rivals amid softer housing markets and intense scrutiny from regulators.

“They helped a lot by investing in a company where a lot of people were bailing,” Yousry Bissada, Home Capital’s chief executive officer, said in an interview. “We feel that the last year and half, we’ve really solidified our foundation.”

Home Capital had no warning of Berkshire’s intention to sell its shares. Berkshire Hathaway investment manager Ted Weschler explained in an interview that his firm hadn’t been able to build its stake in Home Capital to a size that would make it a worthwhile investment, and that Home Capital’s buyback plan offered “an efficient exit.” Berkshire made more than $111-million in profit on its shares, and tens of millions of dollars more in fees from a credit line it provided to Home Capital, but the deal was nevertheless a small transaction in Berkshire’s constellation of investments.

“This was the right time for us, because we don’t have that many slots in the portfolio," Mr. Weschler said. “Anything that you own, you need to watch it, so we want to free up a little bit of time here."

Over the past year, Home Capital has begun to pick up the pace at which it issues new mortgages, adding $1.4-billion of loans in the third quarter, but its mortgage balances are a far cry from precrisis levels. Profitability has suffered and the cost of raising deposits to fund loans has risen for Home Capital in a period of rising interest rates. And the company is still working on a plan to streamline an unwieldy capital structure, which will include further buybacks.

When Berkshire arrived on the scene in late June of 2017, Home Capital was in the depths of a liquidity crisis, bleeding deposits after Ontario’s securities regulator accused the firm of misleading investors. (Home Capital agreed to an $11-million settlement with the Ontario Securities Commission last year.) Several financial firms were circling with less-than-attractive rescue plans when the lender’s predicament caught Mr. Buffett’s eye. Within three days, Berkshire struck a deal to become Home Capital’s largest shareholder, lending the strength of its reputation to help shore up confidence in the lender.

At first, Berkshire bought a nearly 20-per-cent stake in Home Capital for $153.2-million, or $9.55 a share – a 15-per-cent discount to the stock’s five-day average price. The deal also gave Berkshire a chance to nearly double its stake later last year by buying another $247-million in shares at a cut-rate price, if shareholders approved. At the time, Mr. Buffett told The Globe and Mail in an interview, “we have no intention whatsoever of getting out in four months or eight months or 12 months.”

But by the time Home Capital held a shareholder vote on the second tranche of shares in September of 2017, Home Capital was looking more stable and investors turned Berkshire down, seeing no reason to further dilute their own holdings. “The stock was trading above the price at which we would have bought the stock, so it’s not an irrational vote on the shareholders' part,” Mr. Weschler said. “But it took us to a situation where we just had too small of an investment.”

The payoff for Berkshire was further diminished when Home Capital swiftly paid off the balance on a $2-billion credit line Berkshire was providing, then replaced the credit line a year later with a $500-million facility from Royal Bank of Canada and Bank of Montreal.

“As a result … Berkshire’s investment in Home is now not of a size to justify our ongoing involvement,” Mr. Buffett said in a statement. 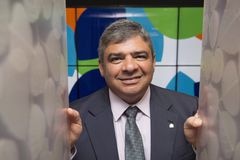