Vancouver-based BuildDirect.com Technologies Inc. is listing its shares on the TSX Venture Exchange, four years after filing for creditor protection.

Founded in 1999, BuildDirect provides building materials for flooring and decking projects to professional clients through an online marketplace. It will go public in a reverse takeover by VLCTY Capital Inc., a public company that was created solely to combine with another business. The amalgamated company will trade under the ticker symbol “BILD.”

In May, BuildDirect completed a $20-million private placement offering of 3.49 million subscription receipts at a price of $5.75. The company is valued at approximately $160-million.

“We’ve built a lot of credibility with suppliers. It has given us time to build up our technology platforms,” he said. “We were the first in this industry as a pure-play e-commerce platform provider, so I think that matters in this industry.”

Now is a lucrative time to be in the home improvement industry. Across North America, home sales have hit higher-than-normal volumes, and homeowners are spending to upgrade their new dwellings.

“People are moving to the suburbs, [working] from home,” Mr. Park said. “The living space has to double as a few different things, including work, at least part of the time.”

Mr. Park said many professionals in the home improvement industry are underserved by big-box hardware retailers, so they often flock to smaller retailers with more expertise. He said those retailers rarely spend on marketing or have strong digital presences, whereas BuildDirect does both of those things well.

Many building materials suppliers require customers to pick up products from warehouses, but BuildDirect combines its e-commerce shop with delivery services, which bring materials directly to job sites.

“We can leverage the power of our technology platform, delivery, and all the things that we do well,” Mr. Park said.

Mr. Park joined BuildDirect in 2017 after nearly seven years at Amazon.com Inc., where he was a senior manager. He led the development of Amazon Business, an online marketplace that sells office supplies to employers.

BuildDirect’s revenue has grown since Mr. Park arrived, but profit still eludes the company. In the three months ended March 31, it more than doubled its revenue year over year, to US$20.9-million, but saw a loss of US$4.7-million in the quarter.

Mr. Park initially joined BuildDirect as its chief operating officer, but assumed the CEO chair just a few weeks later, as the company filed for creditor protection under the Companies’ Creditors Arrangement Act (CCAA). The company was losing money, and its former CEO, Jeff Booth, resigned in late 2017 after it failed to secure an equity financing. With Mr. Park at the helm, BuildDirect emerged from CCAA protection in March, 2018.

“My job, number one, was to get us out of CCAA, which we did a few months later. That’s never a guaranteed thing,” Mr. Park said. He said investors have not focused on the company’s CCAA saga during conversations.

“We were able to address it, but I think where the investors focused, which was rightly so, is, look: ‘Where are you now, and where are you going forward?’”

The company is planning to use acquisitions to accelerate its growth. By buying independent retailers, Mr. Park said he believes he can optimize their operations and acquire their loyal customers.

At the end of 2020, the company made its first acquisition when it bought FloorSource, an independent retailer in Michigan, for up to US$15.8-million, depending on FloorSource’s future earnings.

A boom in lumber prices during the pandemic – which has since subsided – increased BuildDirect’s expenses, but the company saw growth in synthetic flooring materials, which are cheaper than hardwood and require less upkeep.

In the future, Mr. Park said, the company may expand into providing other building materials, but he wants to master the flooring category before branching out into others.

“I think sometimes a company can grow really fast and lose a little bit of focus. We wanted to focus and really nail it before we kind of replicate that and expand.”

Editor’s note: Jeff Booth's first name has been corrected in the online version of this story. 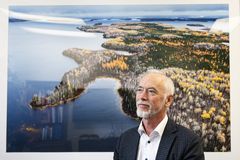 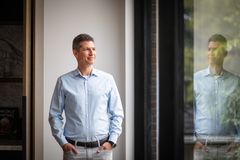 How one Alberta company aims to transform trash into fuel
Subscriber content
July 30, 2021 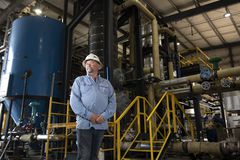