The Business Development Bank of Canada is launching a new $250-million venture capital fund aimed at bringing innovation and digitization to legacy Canadian industries including agriculture, resource extraction and manufacturing. It’s the latest move in a staged shift by the federal Crown agency in how it funds early-stage technology companies in Canada.

The new Industrial Innovation Venture Fund, which will be led by veteran Canadian venture capitalist Joseph Regan, “is really a doubling down on the natural competitive advantage of Canada [in areas] where we think digitizing the sector would drive outsized value for Canada,” BDC Capital executive vice-president Jérôme Nycz said.

Mr. Regan, who has focused primarily on chemistry, biology and the agriculture-food sector in his investing career, said Canada is home to “world-class research, without question, [but] maybe not world-class commercialization” of those technologies. “Having a sizable fund like this will really help propel those opportunities forward” by bringing advances including artificial intelligence, robotics and internet-of-things capabilities to legacy Canadian industries. “You overlay those onto something like advanced manufacturing and all of a sudden you can see how you could create value and transform industries that haven’t historically been at the forefront of advancement of technology or innovation,” he said.

The new fund follows the recent spinout from BDC of Framework Venture Partners and Amplitude Ventures, two private-sector firms led by some of its former venture capital partners. They are managing investments made by BDC in the software and biotechnology space, while raising new funds backed partly with new capital from BDC.

The spinout came after BDC management determined that its efforts to spur investment in Canadian software and biotech firms had succeeded to the point where the Crown agency should instead focus on other sectors where there was a gap in private-sector funding. BDC continues to manage a $135-million industrial, clean-tech and energy (ICE) fund that has invested in such speculative areas as quantum computing and fusion energy, as well as a $200-million Women in Technology fund that backs female-led companies that have traditionally had difficult attracting funding as a result of a well-documented systemic bias against female tech leaders.

There are only a few Canadian funds that invest in areas BDC is looking to target with the new fund, including Vancouver-based Evok Innovations, which is financed by Cenovus Energy and Suncor Energy to back innovative companies in the oil and gas sector. Evok chief executive Marty Reed welcomed BDC’s new commitment, saying the heavy attraction of software and information technology sectors to investors “is so great it’s difficult for promising companies outside that space to attract capital.” But he added BDC’s venture funding strategy was “confusing,” particularly as the new fund’s strategy appears to conflict with that of its ICE fund.

Mr. Nycz acknowledged there may be “some overlap” between the two funds, but said he wasn’t concerned as the new fund is committing far more resources than the ICE fund for industrial innovations. He said the two funds will work collaboratively and BDC will review the strategy of the ICE fund at a later date to determine if it’s complementary or too similar. “Right now, my thesis is that we need more people deploying capital in the space,” he said.

Mr. Regan will lead a team of eight to 10 people in Toronto, Montreal and Western Canada, including four or five investment partners. Asked if he could ensure at least one of the partners would be a woman – addressing a deep gender imbalance in the venture capital space that BDC is supposed to help address – Mr. Regan replied, “we’re hopeful that will be the case … that would certainly be the goal.”

Opinion
If we fail to measure the digital economy, we risk misreading the future
May 16, 2019 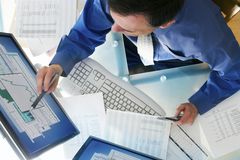 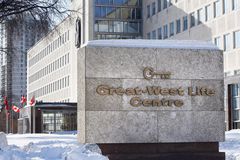