The federal government should introduce a lower business-tax rate for companies controlled by women to spur more female entrepreneurship, a cross-border women’s business group has recommended.

The Canada-United States Council for Advancement of Women Entrepreneurs & Business Leaders, founded last year by Prime Minister Justin Trudeau and U.S. President Donald Trump, issued a new report Wednesday on increasing women’s access to capital, saying governments in both countries can do more to accelerate the growth of female entrepreneurship and encourage private-sector investors to provide capital to women.

In Canada, the group recommends a preferential tax rate for companies owned by women, saying it would be similar to current rules that offer lower tax rates to private companies that are Canadian-controlled.

“It worked quite well for small businesses, so we are saying maybe it could work well for a time to push the agenda and encourage startups by women entrepreneurs,” council member Monique Leroux, former chief executive of Quebec-based Desjardins Group, said in an interview.

Ms. Leroux said a change to the tax rate would not only encourage more women to start new companies, but would also encourage existing business owners to include women – particularly daughters – in their succession planning. It could also provide opportunities for more women to have partnership roles in companies.

“We feel we need to continue to eliminate the barriers and open up the conversation and encourage this positive trend to have more women in business,” said Ms. Leroux, who is chair of the board of Investissement Québec.

However, Ms. Leroux said the tax proposal would require significant analysis by policy experts to ensure it would work and not have unintended consequences.

The council said it conducted interviews with major capital providers – including institutional investors, venture-capital firms and asset managers – and found broad recognition that they have not done as good a job providing financing to women as men, but also found many want to lend more to women and see female entrepreneurs as an untapped market.

“Over all, there does not appear to be institutional bias against pursuing the women entrepreneur market among financing institutions,” the group’s report concludes.

The council recommends lenders improve training for staff on how to customize approaches to female entrepreneurs. For example, staff should be made aware that women tend to ask for lower levels of capital, and should review their business plans with them to assess their needs.

Data from Fundera, a U.S.-based company that helps small businesses access loans, show women typically ask for US$89,000 in debt financing when starting a company, while men seek US$124,500 on average, the report said.

The council also recommends that companies involved in financing promote more women into executive and senior roles so there is “more balanced representation” when approaching female clients.

Ms. Leroux said she is convinced that having more women making decisions about investing and lending – especially in sectors such as private equity and venture capital –will lead to more support for female entrepreneurs.

“Bringing more diversity to the capital-provider universe will help a lot to increase more diversity in entrepreneurship and women-owned businesses; I’m quite sure of that connection,” she said.

A U.S. study by the National Women’s Business Council found that, on average, women start businesses with half as much capital as men, and only 5.5 per cent obtain bank loans, compared with 11.4 per cent of men.

The report said part of the problem is that women do not seek out financing as aggressively as men. It urges women to set bolder goals in their business planning and assess whether their business ideas are scalable, or capable of expanding rapidly.

In Canada, it said 80 per cent of women-owned businesses are in the service and retail industries, where it can be difficult to scale businesses rapidly.

The cross-border council was formed last February after Mr. Trudeau and a delegation of female executives attended a White House meeting with Ivanka Trump, who is an adviser to her father.

Wednesday’s report on increasing women’s access to capital is the fourth of five planned reports on key issues in advancing women in business. The group already issued reports on helping female-owned businesses grow, boosting the number of women studying and working in science and technology fields and encouraging more female entrepreneurs to start businesses.

The final report will focus on advancing more women in leadership roles. 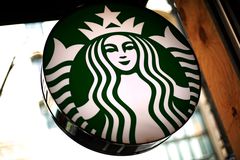 Opinion
In pursuit of diversity, qualified job candidates can be too easily dismissed
May 7, 2018 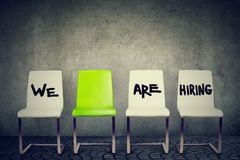 Bains says Ottawa has done its part, calls for ‘corporate Canada to step up’ on board diversity
May 1, 2018 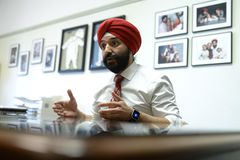