The Federal Court of Appeal has granted a temporary stay on a CRTC ruling that would have forced large cable and telephone companies to lower the rates they charge smaller internet providers for access to their networks.

Independent internet-service providers (ISPs) expressed their frustration on Monday with the ruling, which, according to one analyst, suggests the rates set by the CRTC will be revised in favour of the big telecom companies.

The Canadian Radio-television and Telecommunications Commission requires large telecoms to sell wholesale access to third-party operators such as TekSavvy and Distributel, which then sell internet services to their own customers. The system is meant to encourage competition in the market.

On Aug. 15, the CRTC lowered the final rates for what the larger players are able to charge third-party operators, then ordered retroactive payments to compensate for the higher prices that had been charged since the commission set interim rates in 2016.

The big telephone and cable operators complained that the new rates were so low they would have to reconsider some of their network-investment plans.

The cable operators and BCE estimated in their court filings that the retroactive payments to ISPs would total $325-million.

BCE said it would have to scale back its planned rural-internet improvements by 200,000 households, while Rogers said it would re-evaluate investments in rural broadband.

TD Securities analyst Vince Valentini called the temporary stay a “positive step in the direction of the decision being overturned.”

He said the court has decided that the damage that could be done to the carriers by implementing the new, lower rates would surpass the potential harm incurred by the resellers from having to wait until the appeals process is complete.

“This decision in no way assures that the courts will agree to overturn the CRTC decision permanently, but we believe that it signals that the arguments made by the industry were not frivolous,” Mr. Valentini said in a note to clients.

Federal Appeals Court Justice Yves de Montigny said in a ruling issued on Friday that implementing the CRTC order “could result in a permanent market distortion which could be extremely difficult to remedy afterwards.

“I am of the view that the balance of convenience favours the status quo until the applicants’ motion for leave to appeal and for an interlocutory stay is determined.”

After the CRTC’s announcement in August, TekSavvy said it would be offering 85 per cent of its customers either lower rates or upgrades to their internet plans. The company said on Monday that the changes have already been implemented and that the interim stay does not change its plans.

“For now, TekSavvy will move forward with the pricing previously announced,” said Janet Lo, vice-president of privacy and consumer legal affairs, in an e-mail. “We’re disappointed that the big incumbents continue to dispute what is a very considered, studied CRTC decision to correct inflated wholesale rates down to more reasonable levels."

Distributel said it’s evaluating whether it will be able to go through with its plan to pass savings along to its customers via faster internet speeds.

“After a 3½-year discussion in front of the CRTC, the CRTC finally made a decision, which they didn’t take lightly," said Matt Stein, chief executive of Distributel and chair of the Canadian Network Operators Consortium, a lobby group for independent ISPs.

“It’s disappointing that we’re now having these same kinds of conversations in a different forum." 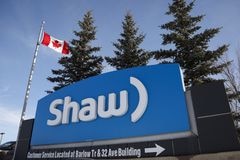 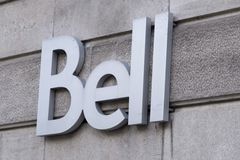