The Texas-based division of defence contractor L3Harris provides live and simulator training to U.S. military operators of submarines, F-16 and F/A-18 fighter jets, armed drones and the B-2 stealth bomber, with revenue of US$500-million and 1,600 employees.

The deal, which is the largest for CAE, will boost yearly profit by at least 10 per cent in the second year of the acquisition, Sonya Branco, CAE’s chief financial officer, said on a conference call held to discuss the purchase. The deal will be funded in part by the Caisse de dépôt et placement du Québec and a sovereign wealth fund in Singapore.

Montreal-based CAE is among the world’s biggest flight-simulator manufacturers and also trains pilots. The complementary businesses offer opportunities to cut costs and offer customers a greater range of services. CAE is capitalizing on the aviation market disruption caused by the pandemic to establish better footing on which to emerge, while positioning itself to expand sales in the United States and abroad, Ms. Branco said.

The deal, announced on Monday morning, is subject to regulatory approvals and is expected to close in the second half of 2021. Investors reacted by driving up CAE’s share price by more than 12 per cent on the Toronto Stock Exchange.

Marc Parent, CAE’s chief executive officer, said the deal gives CAE a chance to expand in a market that is home to the world’s largest defence budget – worth more than US$700-billion.

“With any deal, before I move forward, what I want to see is visibility, predictability and profitability,” Mr. Parent said. “We are doubling the size of our military business in the United States. And the U.S. defence budgets are highly visible. The government publishes the budget every year … and for the next several years ahead. There is no better visibility.”

He said the combined companies’ training capabilities cover almost all the aircraft in the U.S. Air Force, from cargo and tanker aircraft to bombers and fighter jets. CAE marine vessel services will be complemented by L3Harris’s submarine training offerings, he said. “There is no program in the United States opportunity that we can’t go after,” he said. “We can go after the largest programs.”

Cameron Doerksen, a stock analyst with National Bank of Canada, called the deal “transformational” for CAE’s defence and security business. The L3Harris division is a direct competitor of CAE and recently won several large contracts that will provide revenue growth. “The acquired business also has a stronger position in space and cyber, both growing areas for simulation and training,” Mr. Doerksen said in a note to clients.

CAE sells helicopter and fixed-wing services to the U.S. military and is more focused on international markets than the L3Harris division, which derives 83 per cent of its sales from the U.S.

CAE reported a 10-per-cent drop in sales in the latest quarter as the pandemic reduced demand for civil aviation training. L3Harris has not been as affected by the pandemic, given the lax flight and travel restrictions and the durability of defence spending in the U.S.

CAE’s cash purchase of the division will be funded by a $475-million investment from the Caisse, and $225-million from Singapore’s GIC Private Ltd.

Market movers: Stocks that saw action on Monday - and why
Subscriber content
March 1, 2021 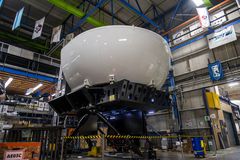 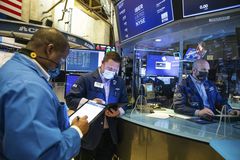 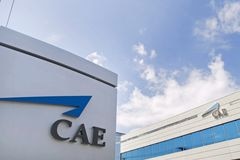