Canadian pension fund giant Caisse de dépôt et placement du Québec doubled its investment in Cirque du Soleil in February to increase its influence within the shareholder base, according to its chief executive who insisted there was no evidence at the time that the entertainment company was headed for a crippling shutdown.

During a committee hearing, opposition politicians in Quebec City on Monday peppered Caisse chief executive Charles Emond with questions over the pension fund’s US$170-million investment in Cirque, which it has written down to zero.

First jumping into Cirque’s ownership group in 2015, the Caisse doubled its stake to 20 per cent in an announcement made Feb. 17. Less than four weeks later, the World Health Organization declared a global pandemic and Cirque’s shows were shuttered.

“[At the time of the announcement], no fact validated the possibility of a pandemic nor of an unprecedented planet-wide confinement that closed the Cirque in 48 hours,” Mr. Emond said in remarks to Quebec’s committee on public finance. “Sporting events and cultural shows were happening in all normality in front of thousands of people.”

The Caisse paid US$75-million for a 10-per-cent stake sold by Cirque founder Guy Laliberté in the latest deal, Mr. Emond said, a detail that hadn’t previously been disclosed. The price took into account the Caisse’s forecast for an economic slowdown in the years ahead, not a complete drying up of Cirque revenue as it was forced to shut out the lights almost overnight, he said.

With its bolstered stake, the Caisse aimed to win additional rights and have more power in an eventual change of control scenario, Mr. Emond said. He said at the end of 2019, foreign investors – who he declined to name – informed the Caisse of their interest in acquiring Cirque. At the same time, at least two of Cirque’s three other shareholders (TPG Capital LP, Fosun Capital and Mr. Laliberté) informed the pension fund of their desire to sell their stakes in whole or in part, he said.

The Caisse’s goal was to position the company with a strategic industry operator at its helm, instead of a consortium of financial owners, and with a reasonable level of debt, Mr. Emond said.

The comments highlight the Caisse’s thinking on the past and future prospects for Cirque, which filed in June for bankruptcy protection in Canada and the United States. It listed debt owing to secured creditors of about US$1.1-billion. A court-supervised process to sell Cirque is now underway, with offers due Tuesday Aug.18. A credit bid worth about US$1.2-billion from the company’s lenders is the offer to beat.

Mr. Emond has declined to say whether the Caisse would come back with partners to make another offer for the insolvent company. All of Cirque’s shareholders at the time of the creditor protection filing have since seen their investments in the company wiped out.

Over the past two years alone, Cirque has purchased The Works Entertainment, the production company known for The Illusionists franchise, as well as Blue Man Group and VStar Entertainment Group, which is best known for PAW Patrol Live! and other children’s shows. Cirque was also branching out geographically, opening its first resident circus show in China.

That growth has not come without risk. Moody’s Investors Service has said the company’s largely debt-funded expansion strategy could be unsustainable.

Cirque made profits that easily surpassed US$100-million a year with its touring and permanent shows, Mr. Emond said. He said the company was hurt in part by a handful of more recent shows that veered away from its usual brand of live entertainment, which resulted in lower returns and higher debt.

“We wanted to refocus the Cirque on its core business,” Mr. Emond said, adding the Caisse also had a cost-saving plan ready for the company. “We also wanted to bring back its debt to more prudent levels given the particularities of its business, even if the higher levels were more sustainable for the banks.” 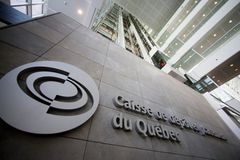 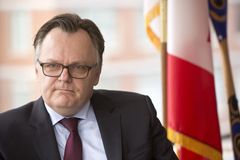 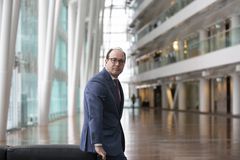