Montreal-based Caisse confirmed Wednesday it will lend $150-million to the venture, located on the eastern flank of Gaspé’s picturesque coast near the town of Port-Daniel-Gascons. It is Canada’s first new cement plant in half a century.

The funds are part of a broader $500-million private capital refinancing that will also see the Bombardier family provide a $50-million loan and a group of 11 banks based in Canada and abroad commit another $300-million to fund the growth of the cement operations, McInnis said in a news release. The Quebec government is not investing any additional sums.

“The Caisse is making a longer-term bet here,” even if things haven’t gone exactly as planned, said Michel Nadeau, a finance specialist and former Caisse senior executive. “I’m convinced that at some point, they will recoup their money.”

The development binds the Caisse further to a business with which it had never seemed entirely comfortable. Now as McInnis Cement pushes toward full production and expands its storage and distribution capability, the pension fund manager finds itself as its controlling shareholder with no obvious exit in sight.

"Our objective is not to be a cement plant operator in the long term, that’s for sure,” then-Caisse senior vice-president Christian Dubé told reporters last year. Mr. Dubé later quit the pension fund to join the Coalition Avenir Québec and is now a cabinet minister in Premier François Legault’s government.

Asked for more clarity on how the Caisse is thinking about the cement project, Caisse spokesman Yann Langlais-Plante said McInnis has made significant advances since it began operating and that the plant’s total output for 2019 is already sold. With the new loan, the pension fund’s total investment in the company to date tops $450-million and could be as much as $650-million. A precise number was not made available.

“We are investing to build the business because the things we are investing in create value,” Mr. Langlais-Plante said. “As a fiduciary, over the medium and long term, we remain open to opportunities to realize the value that we’ve created.”

Quebec’s Bombardier-Beaudoin family launched McInnis with government backing in 2014 and production of the first cement began three years later. The business model centres on a belief that the technologically advanced factory in Port-Daniel will fare well against competing installations on the continent – many of which are 50 years old or more.

The Caisse took over control of the project from Beaudier Group, an investment vehicle for the Bombardier family, in 2016 after costs ballooned to $1.5-billion from an initial projection of $1.1-billion. The pension fund invested more money into the project at the time to get it completed.

The Caisse hired advisers in early 2018 to help explore options for McInnis, including a sale. Twelve parties signed confidentiality agreements and three bidders made offers for the asset, but all were judged too low, a person familiar with the process told The Globe and Mail. German multinational HeidelbergCement AG was among those interested, the person said.

After the sales process yielded nothing, Quebec weighed a request by the Caisse and other McInnis Cement shareholders to swap the debt the province holds in the venture for equity. Such refinancing deals with creditors are often made to reduce a corporation’s liabilities and help it continue to operate. In addition to its $250-million loan, the province holds $100-million worth of equity in the project for a total public investment of $350-million.

Investissement Québec, the province’s investment arm, has made unspecified adjustments to its debt while maintaining a priority ranking in the project’s capital structure, McInnis said Wednesday. The project’s operational and financial risk has significantly decreased and there is increased customer demand for the cement being produced, McInnis said.

The Gaspé venture is an effort to make up to 2.5 million tonnes a year of cement, the dry powder used to make concrete for construction, using the most state-of-the-art technology available. Made using limestone mined at the site, most of the cement is shipped by sea to international markets.

McInnis backers note the factory will use up to 40 per cent less fuel per tonne of cement than traditional cement plants. One key installation is the company’s new 100,000-square-foot waterfront terminal in New York’s Bronx borough, which gives the company access to customers on the U.S. eastern seaboard.

But cement making is a highly energy-intensive process, turning the Gaspé operation into a magnet for criticism from almost Day 1. McInnis confirmed in 2014 that at the height of production, the cement plant could produce the equivalent of 2 per cent of Quebec’s total greenhouse gas emissions and nearly 7 per cent of its industrial emissions. 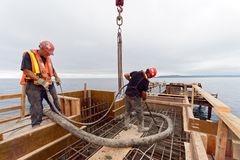 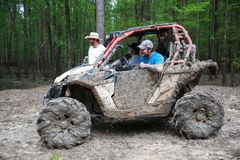