The eight-year-old company, which had previously raised just $1.1-million from European angel investors, is on track to triple its revenue this year to more than $75-million, which would make it one of the largest startups in Canada by sales. It has also been profitable for the past four years, co-chief executive officer and co-founder Lucas Martinez said.

Neuvoo has about 30 million jobs posted on its websites in 77 countries. Those sites in turn had 29 million unique visits last month, up from 15 million in August, 2018, and 5.7 million one year before that.

Neuvoo has focused so far on investing in optimizing online search results and online content marketing tools such as salary and income tax calculators to generate traffic rather than building a brand, and using artificial intelligence in its software to improve search results for job-seekers, Mr. Martinez said.

But Neuvoo is growing much faster than the industry average; the global online recruiting business generated US$21.9-billion in revenue last year, up 8 per cent compared with 2017, according to market-research firm CLSA.

“They’ve been rocketing quietly and no one has ever heard of them, other than if you look at their metrics online,” said Tom Birch, managing director of venture capital and technologies with the Caisse. “Sometimes in business it’s best to invest in number two, and these guys are clearly number two in such a massive market. Even though Indeed is number one, we can grow into their space quite easily.”

Neuvoo was founded by Mr. Martinez and Maxime Droux – friends from their native Switzerland – and Canadian Benjamin Philion, who had met Mr. Droux while spending part of his childhood in Geneva. Mr. Martinez previously travelled the world implementing Oracle software, while Mr. Droux worked at a hedge fund and Mr. Philion was a coder.

It was Mr. Philion’s idea to start a job site that offered better content and a more exhaustive and easily searchable inventory of jobs, “like Trivago does for hotels,” Mr. Martinez said.

He anticipated the company would try to triple revenue in the next three years before investing in building a brand and going public.

“I feel we are still so far from what we can do. We’ve done a good job attracting traffic and building a good product, but I still think there’s so much improvement we can do with the product, and growing all around the world,” Mr. Martinez said.

He said the company, which has 150 employees distributed across North and South America, Asia and Europe, would use the funding to invest primarily in product development, strategy and sales.

Mr. Birch said while Neuvoo has been cost effective at turning its traffic into revenue, “they need to start investing more” on customer acquisition. “That’s the reason for our capital, to help them increase their presence in local markets worldwide.”

The investment in Neuvoo comes from a special fund the Caisse created this year to finance AI-focused companies. 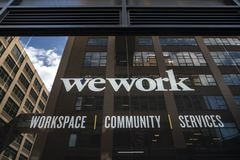 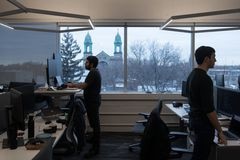 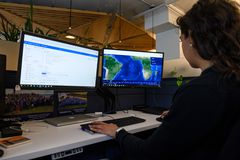