A Calgary-based group, iChurchill Inc., has walked away from efforts to purchase northern Manitoba’s Hudson Bay Railway and Port of Churchill from Denver-based Omnitrax, blaming the federal government’s focus on selling the properties to Fairfax Financial Holdings Ltd.

The 820-kilometre railway and port on Hudson Bay have been unused and up for sale since spring floods last year closed the track to the town, which is relying on planes for goods and fuel.

Three weeks ago, iChurchill said it had formed a consortium with First Nations groups that “entered into an acquisition agreement” with Omnitrax for the port, railway and fuel depot. But Louis Dufresne, iChurchill’s chief executive officer, said it became clear in a meeting last week with the government’s lead negotiator that Ottawa will pay to repair the railway only for a different buyers’ group that includes Fairfax.

“We have halted our negotiations because of interference from the federal government,” Mr. Dufresne said by phone, calling it “disappointing.”

Merv Tweed, president of Omnitrax Canada, called iChurchill’s move “unfortunate.” “We have always been willing to engage in constructive discussions with any and all genuinely interested parties and are continuing conversations with potential buyers,” Mr. Tweed said. “We remain committed to working expeditiously to arrive at a solution that would allow the railway to be repaired this season.”

Omnitrax, owner of several U.S. shortline railways, has refused to repair the line because it has said the Hudson Bay Railway loses $5-million a year and it will cost at least $43-million to repair. Instead, Omnitrax has tried to sell the assets amid legal battles with Ottawa.

Fairfax and First Nations consortium partner Missinippi Rail LP have been trying to buy the railway, port and other assets. They recently submitted an offer to Omnitrax. The company and its partners have said they envision a commercially sustainable arrangement that would return service to northern communities and also lead to long-term trade benefits through the deep-water port.

The bidders say they have backing from all levels of government and have sought to finalize the transaction by June. After that time, it might be difficult to make the much-needed repairs to the port and rail infrastructure, which could leave Churchill without a link for another winter.

Transport Canada declined to comment and referred questions to Western Economic Diversification Canada, which did not immediately respond. The government’s involvement stems from Omnitrax’s 2008 agreement to operate and maintain the railway until 2029.

Churchill Mayor Michael Spence says the town has worked on a deal since July, 2016, when it formed a regional partnership with all Bay Line communities, Northern First Nations and the Kivalliq region of Nunavut.

“Last summer following the damage to the Hudson Bay Rail Line, we partnered with the government of Canada after receiving their commitment of support,” Mr. Spence said in a statement, adding that a subsequent partnership with the Fairfax consortium had been formed in the fall. “We continue our work towards a successful negotiation that will see a transfer of ownership conclude with the rail line repaired and rail service restored.”

The port, its season limited by ice from mid-July to Oct. 31, once served as a key terminal for western Canadian grain sold by the Canadian Wheat Board. The Conservative government in 2012 revoked the wheat board’s monopoly on western wheat and barley, and the investors that took over the buying group built and bought a network of elevators stretching from British Columbia to Quebec, removing the main economic underpinning of the port. 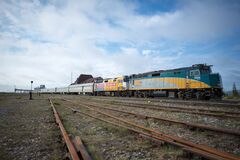 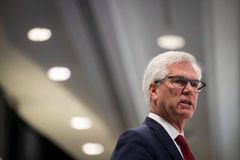 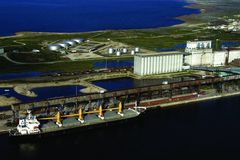