Callidus Capital Corp. won a legal battle against one of its borrowers, the former CEO of an insolvent casino game developer, when the Quebec Court of Appeal prevented him from proceeding with a $228-million lawsuit as part of the bankruptcy case.

The ruling is a blow to Gerald Duhamel, who was chief executive of Bluberi Gaming Technologies Inc. until 2015. He had sued Toronto-based Callidus after a lower court approved an agreement he had reached for $20-million in litigation funding.

Mr. Duhamel launched the suit late last year as Callidus moved closer to a creditor vote on its own plan to acquire the assets of the company as part of a plan of arrangement. He has alleged Callidus, the publicly traded arm of financier Newton Glassman’s Catalyst Capital Group Inc., employed predatory lending tactics that led to Bluberi’s insolvency.

However, Appeals Court Justice Mark Schrager dismissed Mr. Duhamel’s lawsuit, ruling this week that the litigation funding, provided by IMF Bentham Ltd., would amount to a competing plan of arrangement and would have to be voted on by Bluberi’s creditor group alongside the Callidus plan. Mr. Duhamel had proposed to pay creditors with any litigation winnings.

“Rather than being paid on normal contractual or commercial terms, the creditors are told to await the outcome of the prosecution of a litigious claim for the debtors to obtain cash to perhaps pay something at some future date. I think their legal rights are ‘taken away’ or ‘compromised,’ ” Justice Schrager wrote.

The case is one of several legal actions involving Mr. Glassman, the chairman of Callidus, a lender to distressed companies, and founding partner of Catalyst, a private equity firm that manages more than $5-billion worth of assets.

Mr. Duhamel’s claims are similar to those in another action against Callidus filed in Alberta by Kevin Baumann, in the name of his former company, Alken Basin Drilling Ltd., which took out a $28.5-million credit facility from the lender in 2014. Callidus asserts Mr. Baumann has no rights to the Alken name, which it acquired along with the company out of receivership in 2016, and moved to withdraw the action.

Mr. Duhamel, Bluberi’s founder, has alleged that Callidus restricted access to borrowed funds after he signed a loan agreement in 2012, leaving the game developer unable to make payments when they came due.

When Bluberi went into default, Callidus imposed more onerous terms, which resulted in a $40-million loan ballooning to more than $130-million, he claimed in his lawsuit. He said he was eventually pushed out after slot machine sales failed to live up to forecasts and financial losses piled up.

His allegations have not been proven in court, and Justice Schrager cast doubts on some of his claims.

The judge wrote that the losses began before the alleged predatory tactics that Mr. Duhamel said prompted Bluberi to file for protection from creditors. “Moreover, the proposed litigation does not attempt an explanation of how a company that generated considerable financial losses by the end of 2013 could subsequently have suffered $200-million of damage at the hands of Callidus,” Justice Schrager wrote.

Mr. Duhamel’s lawyer, Ari Sorek, declined to comment on what his client’s next move might be, such as taking the case to the Supreme Court.

As part of his decision, the judge ordered that a meeting be scheduled so creditors can vote on Callidus’s plan of arrangement under the Companies' Creditors Arrangement Act proceeding. Callidus declined to comment on the Appeals Court ruling.

Callidus itself has received a proposal from its second-largest shareholder, Bahamas-based Braslyn Ltd., to take the minority public shareholding private for $2 a share.

It has yet to make a formal offer, although the amount is well below a target price of $18-$22 a share that Mr. Glassman had set for a privatization deal about two years ago. 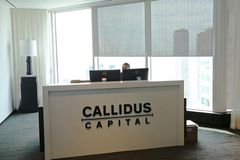 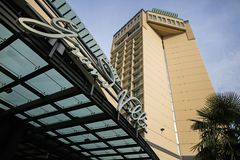