Cameco Corp. Cameco Corp. is suspending operations at its Cigar Lake uranium mine in Saskatchewan for the second time this year to reduce the threat of further spread of COVID-19 into vulnerable northern communities as the province’s coronavirus caseload soars.

The province on Monday reported 267 new cases of the coronavirus and two more deaths. A total of 12,238 people have tested positive for COVID-19 in Saskatchewan and 91 have died from the disease since the pandemic began.

Located about 650 kilometres north of Saskatoon, Cigar Lake is the world’s biggest uranium mine, accounting for about 14 per cent of global output. Cameco only restarted the mine in September after idling it early in the pandemic for about six months because of the risk travel to and from the camp posed to northern Saskatchewan communities.

Over the past few weeks, six workers tested positive for the virus at Cameco’s northern Saskatchewan operations, including three at Cigar Lake.

About half of the Cigar Lake work force flies in from Indigenous communities. Without ready access to world-class health care, they represent a particularly vulnerable segment of the population.

“I grew up with those people,” Tim Gitzel, chief executive of Cameco, said in an interview. “We have a commitment to keep them safe and healthy.”

With many onsite employees forced to quarantine, and travel advisories in place across parts of the province, Cameco had also started to run out of skilled workers to keep Cigar Lake in operation..

“We were on razor-thin ice there,” Mr. Gitzel said. “We were having to pull people from other jobs in just to fill those positions. I mean, that’s not sustainable.”

With Cigar Lake on pause once again, the mine’s work force of 600 (including contractors) will fall to about 110 – the minimum needed to operate critical systems. Furloughed workers will be put on paid leaves of absence or use vacation days.

Mr. Gitzel says he has no idea how long the new suspension will last, and a lot will depend on the caseload of COVID-19 in the province. As long as Cigar Lake is down, Cameco will incur costs of between $8-million and $10-million a month.

Paradoxically, the idling of the mine is a positive for global uranium prices, as the shutdown helps alleviate a worldwide glut of uranium.

“This supply shock is likely to positively impact the uranium market, particularly if the closure is extended for a meaningful period,” Orest Wowkodaw, an analyst with Scotia Capital Inc., wrote in a note to clients.

Uranium has traded at around US$30 a pound recently, according to TradeTech, down more than 75 per cent since peaking in 2007. Many large nuclear power projects were cancelled after the Fukushima Daiichi accident in Japan in 2011, which was caused by an earthquake.

In 2018, Cameco idled McArthur River, its other large uranium mine in Saskatchewan, amid persistent weakness in uranium prices. The company has no plans to reopen it until there is a decisive upswing in the market.

Globally, nuclear power is becoming part of the conversation around potentially helping countries address international commitments to reduce carbon emissions. In September, Canada’s Minister of Natural Resources, Seamus O’Regan, said that Canadians may have to embrace an increase in nuclear power generation as part of the country’s attempts to meet the 2015 Paris Agreement, which attempts to limit a global temperature rise to 1.5 C.

While the mining of uranium and construction of nuclear power plants generates large amounts of carbon dioxide, nuclear power produces no carbon emissions.

Despite its clean energy profile, however, nuclear power still has a public-relations stigma owing to the challenges of the long-term storage of radioactive waste and the fear of another accident at a power plant.

Mr. Gitzel said the portrayal of the nuclear industry in movies and on television shows such as The Simpsons, which often depicts the hapless Homer Simpson violating safety protocols with abandon, doesn’t help the industry’s image either.

“People wanting to get their information from watching The Simpsons [are] maybe not the best source of information on nuclear,” Mr. Gitzel said. 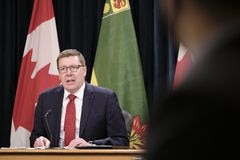 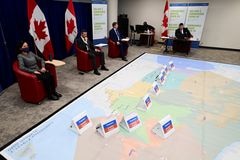 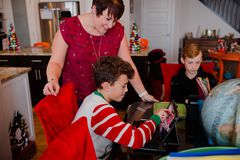