After a strong start to 2019, Canada’s labour market is limping into the new year, raising questions about whether recent weakness is an aberration or the start of an extended chill.

For much of the year, the labour market had been a rare bright spot for a Canadian economy otherwise marked by tepid growth, flagging business investment and prolonged troubles in the Prairies – all factors that could persist in 2020.

As of October, roughly 356,000 more people were employed in Canada this year, good for the strongest job creation since 2002, and with the unemployment rate near a historic low.

Then came the shock of November, when Canada shed about 71,000 positions, the worst month for job losses in more than a decade, and with widespread weakness by province and sector, according to the Labour Force Survey (LFS) from Statistics Canada.

“Does the subdued domestic economy start translating to … a slowdown in hiring?” said Brendon Bernard, economist at hiring site Indeed Canada. “I think this is the number one thing that people are going to be looking at in the year ahead.”

To some degree, the outlook could hinge on whether Ontario can keep the party going.

This year, the province accounts for 76 per cent of jobs added, LFS figures show. A good chunk of that was because of November’s results, wherein Ontario was the sole province to notch a sizable gain in employment. But take that out, and Ontario was still responsible for 57 per cent of job gains through October – an outsized impact relative to its 40-per-cent share of the population.

Of late, the province has benefited from a surge of newcomers. Ontario’s working-age population (15 to 64) has increased 5.5 per cent over the past five years, compared with 1.8 per cent for the rest of Canada. For that age bracket, employment has climbed 8 per cent in Ontario, nearly double than the rest of the country.

“Ontario, over the last three or four years, has probably had one of its best runs in 15 years, from an economic growth perspective,” said Robert Kavcic, senior economist at Bank of Montreal. “A lot of job growth was stemming from that.”

The services-producing sector accounted for the entirety of Ontario’s job growth over the past 12 months. The biggest gains were in health care, at roughly 59,000 positions added, followed by professional, scientific and technical services (51,300), and finance, insurance and real estate (47,600). Manufacturing has been a weak spot, with close to 20,000 fewer people employed in that industry.

The upside is that Ontario could still have room to run, according to research from Mr. Bernard. While the province’s working-age employment rate is rising, at just more than 73 per cent, it lags well behind Quebec (75.9 per cent), Alberta (75 per cent) and British Columbia (74.9 per cent). Quebec is lifted by the strongest female employment rate in the country, a credit to the province’s affordable child care.

Mr. Bernard noted Quebec and B.C. are “potentially closer” to peak employment rates, which would limit future job gains, while many Albertan employers are in no mood to ramp up hiring.

“As a result, the national labour market performance could come down to whether Ontario employment rates can catch up to Quebec and B.C.” he wrote.

In that scenario, a slowdown in 2020 looks quite likely. Both Toronto-Dominion Bank and Royal Bank of Canada project Ontario’s employment to rise 1.4 per cent next year, from 2.8 per cent in 2019. (Full 2019 results will be known when December’s LFS is released in early January.)

More broadly, both TD and RBC project overall Canadian employment will climb by less than 1 per cent in 2020, from 2.1 per cent this year. The deceleration will be felt in all provinces, save for Alberta, while New Brunswick and Newfoundland and Labrador would see an outright reduction of employed people.

For many observers, a slowdown was inevitable, given a wider view of output. Inflation-adjusted gross domestic product grew by an annualized 1.3 per cent in the third quarter, and Statistics Canada reported on Monday that real GDP shrank 0.1 per cent in October, its first decline in eight months. Tepid growth is expected to stay. In its most recent Monetary Policy Report, the Bank of Canada projected real GDP would expand 1.7 per cent in 2020 and 1.8 per cent in 2021 – higher than in 2019, but not by much.

Regardless, the labour market is expected to remain tight in 2020, with the national jobless rate hovering at or below 6 per cent. Those conditions have already resulted in meaningfully higher wages, with 12-month growth frequently topping 4 per cent this year.

For employers, various survey data suggest they’re struggling to find the workers they need. “In B.C. and Ontario, we are seeing pockets where the labour market is very tight and jobless rates are down near historic lows,” Mr. Kavcic said.

Opinion
There are a lot of jobs out there. Why won’t Canadians move to get them?
Subscriber content
December 19, 2019 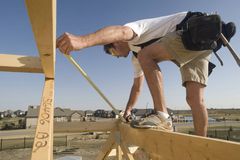 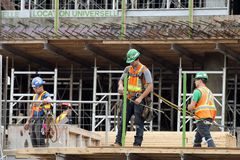 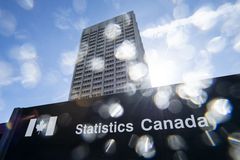