Canaccord Genuity Group Inc. is looking to bring on outside investment for its U.K. wealth management business as it tries to extract more value from a key asset and access capital to fund the division’s expansion in the United Kingdom.

Canaccord’s management team has been exploring possible transactions for its U.K. wealth business, which it believes is not contributing as much to the company’s share price as it could.

In an interview on Friday, chief executive officer Dan Daviau said the company is aiming to attract “independent partners to that business.” That could mean a partial sale of the division, but suggests the company is not planning to sell the UK business outright.

“I wouldn’t take it public right now," he said. “But maybe [we will look to] private capital or other alternatives with respect to capital” to help it continue to grow.

The U.K. wealth management business is one of Canaccord’s best-performing segments, with $45.4-billion in assets under management. Some analysts have estimated that the division could be worth more than $800-million, based on the valuations of similar British operations, which is more than Canaccord’s entire market capitalization of $711-million as of Friday.

He said that shares of U.K. wealth management businesses typically trade at better prices relative to income than Canaccord’s stock does, making it cheaper for them to use stock to pursue acquisitions. The U.K. business has grown significantly through acquisitions since it was started in 2012.

“I’ve got to think about accessing capital at that local level,” Mr. Daviau added. He said he hopes to provide “more transparency” on the issue to shareholders in the next quarter.

Mr. Daviau’s comments follow a record revenue quarter for Canada’s largest independent dealer, which reported earnings after market on Friday. The Toronto-based company reported $390-million in revenue, up 44 per cent compared with the same quarter last year. Net income for the three months to Sept. 30 came in at $33-million, or $0.25 a share, beating the analyst consensus estimates of $0.17 a share.

The company’s wealth management divisions performed well, contributing $23-million to pretax income, with the largest portion of that coming from the U.K. and Europe business.

Canaccord’s Canadian and Australian mining teams were especially active thanks to a run-up in gold prices.

Canaccord, like other Canadian investment banks, has benefitted from a jump in the number of Canadian technology companies going public in recent months. It co-led Dye & Durham Ltd.'s $150-million IPO in July, and more recently co-led IPOs for BBTV Holdings Inc. and Pivotree Inc.

As the economy continues to recover over the coming quarters, Mr. Daviau said he expects the strongest underwriting activity to occur in cyclical industries: “That means mining stocks, that means base metals, that means lumber; it’s that type of thing that I think the market thinks is going to do really well.”

There could also be a jump in cannabis underwriting, after several more U.S. states voted to legalize cannabis during last week’s election. Most financing will be for U.S. cannabis companies listed on Canadian exchanges, rather than for the large Canadian marijuana growers that raised billions of dollars between 2015 and 2018, Mr. Daviau predicted.

“Every time a state legalizes, they have to spend $50-million, $60-million, $70-million building facilities, growing, marketing. ... So who is raising money? The Canadian guys aren’t raising a lot of money; the U.S. guys have to raise money because they’re growing,” he said. 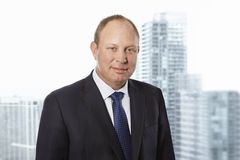 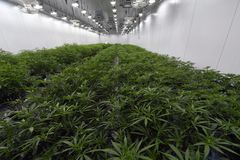