The Canadian energy sector has been caught in a global price war that sent oil prices diving to their lowest levels in four years, battered energy stocks and threatened to deepen the economic downturn in Alberta.

Energy stocks suffered steep losses as the price for West Texas Intermediate dipped below US$30 a barrel at one point. The stock price for Encana Corp.’s successor, Ovintiv Inc., fell by more than 70 per cent and Calgary-based Cenovus Inc.’s share price lost half of its value. The TSX Composite Index declined by more than 10 per cent.

A dispute between Russia and Saudi Arabia, which sent oil prices into a tailspin on the weekend when Riyadh announced plans to sharply increase production, adds to pressure from the new coronavirus outbreak that had already been dragging down the global economy. Both are factors outside of Canada’s control.

In Alberta, the price collapse could upend a provincial budget that was tabled less than two weeks ago. The fiscal plan projected a deficit of $6.8-billion in the coming year on the assumption that oil prices would be nearly double what they are now.

Alberta Premier Jason Kenney called on the federal government to act quickly to help the province as he acknowledged a prolonged downturn could wipe out his plans to balance the budget in two years and instead force it to take on more debt.

"We are in uncharted territory,” Mr. Kenney said in Calgary.

“This could hardly come at a worst time. After five years of economic decline and stagnation in our province, economic fragility, combined with a global recession and a collapse in prices, constitutes a profound challenge for Alberta and for Canada.”

Mr. Kenney, who is scheduled to be in Ottawa this week for a meeting between the premiers and the Prime Minister, said he would be repeating his earlier demands for measures such as lifting the cap on a federal fiscal stabilization fund. Alberta is already pushing for a payment dating back five years and the Premier signalled that the province might need to access the program again.

He also said he would be adding to his list of demands, though his government is still sorting out what it needs.

At the provincial level, he said “all options are on the table” but didn’t outline any specific plans. He said it would likely include accelerated infrastructure spending and other measures to stimulate the economy and stem the bleeding.

University of Calgary economist Trevor Tombe said the revenue projections in the provincial budget, tabled Feb. 27, could be off by as much as $5-billion.

“It basically throws the last budget that we had released out the window,” he said. "And the government’s going to need to rethink about how it approaches its finances from the ground up.”

Dr. Tombe noted that the government estimates that it loses $355-million in revenue for every US$1 its oil price projections are off. But he said those estimates are for minor swings and its not clear how such a significant price drop would affect the province.

Alberta NDP Leader Rachel Notley, who was premier through much of the province’s economic downturn, called on the government to withdraw its recently tabled budget and draft a new one. Mr. Kenney said that isn’t feasible and that his government would update the fiscal plan as the year unfolds.

In Ottawa, Finance Minister Bill Morneau repeated his insistence that changes to the fiscal stabilization program are coming. The program provides special financial transfers from Ottawa when a province experiences a steep and sudden drop in tax revenue owing to economic factors. Provinces say that its qualification limits are outdated and that its maximum payments are too small.

Mr. Morneau agreed that the system should be updated “to make sure it responds to significant financial shocks” and said work on it will be completed in the “pretty near term.”

Analysts and oil producers were mixed in their reaction to the price decreases or what, if anything, can be done about it.

The International Energy Agency said Monday that global oil demand is set to contract in 2020 for the first time in more than a decade.

Michael Tran, commodity strategist with Royal Bank of Canada Capital Markets, said the industry is facing pressure from two calamities at once, with COVID-19 in recent weeks and now the Russia-Saudi Arabia price war.

“In oil-producing countries, nobody is shielded from the price pain the market is inflicting on us, but within that, there are going to be some producers hurt more than others.”

He suggested that there’s little Canada can do on its own. The recent push to boost pipeline capacity, for example, wouldn’t do anything to buffer Alberta from the current turmoil in global prices.

“Irrespective of how you think energy policy is being run in this country, no amount of policy would be shielding the Canadian energy industry from what we’re seeing today," he said.

“No degree of pipelines would be shielding the country.”

Cenovus predicted that the factors affecting oil prices will be temporary.

Cenovus spokesperson Sonja Franklin said in an e-mail: “The best hedge against commodity price volatility is a strong balance sheet and a low cost structure.”

The company has cut its net debt in half and reduced operating costs by approximately 40 per cent and sustaining capital costs by around 70 per cent, though she added that Cenovus is “continuing to assess the current situation” and looking for more opportunities to streamline spending.

Tim McMillan, president and chief executive officer of Canadian Association of Petroleum Producers, told The Globe and Mail that he expects most companies to assess the economic viability of their capital spending.

He also soundly rejected an industry bailout of any kind, saying that he would rather see the resurrection of previously cancelled pipelines such as Northern Gateway or Energy East.

“We can’t control what OPEC [the Organization of Petroleum Exporting Countries] does, but we can most certainly control how we compete,” he said.

“If this isn’t a wake-up call for all levels of government, I don’t know what will be.” 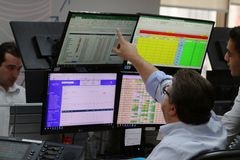 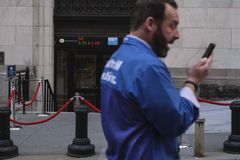