The case of Huawei senior-executive Meng Wanzhou, which has drawn interest from around the world, returns to a Vancouver courtroom this week.

Ottawa’s relationship with Beijing has deteriorated rapidly since the December arrest of the Chinese telecom giant’s chief financial officer, which was carried out after an extradition request by the United States.

A statement from Canada’s Justice Department says the purpose of Thursday’s proceeding is to address additional applications in Ms. Meng’s extradition case and to set future court dates.

The new dates will not be for the actual extradition hearing, which has yet to be scheduled, and Ms. Meng is not expected to attend Thursday’s proceeding in person, the statement says.

The U.S. Department of Justice laid 13 criminal charges, including conspiracy, fraud and obstruction, against Huawei and Ms. Meng, who is the daughter of the company’s founder.

Her arrest has infuriated Chinese officials and the government has demanded her release.

Chinese authorities have since detained two Canadians on allegations of endangering the country’s national security, sentenced two Canadians to death for drug-related convictions and blocked key agricultural shipments — including canola.

Last week on a visit to Ottawa, U.S. Vice-President Mike Pence linked the liberation of the two imprisoned Canadians to its trade talks with the China.

The offer is significant because the Chinese government has continually rebuffed requests from Foreign Affairs Minister Chrystia Freeland to speak with her counterpart.

He argued letting Huawei participate would be against American security interests. Mr. Trudeau replied by reiterating that the Canadian government would rely on evidence from its own security agencies before making a decision.

Huawei has denied allegations that its digital-communications equipment is a tool of Chinese-state espionage.

The decline of Canada-China relations has also led to some important economic consequences.

In an interview last week, International Trade Minister Jim Carr said Canada wants to engage on the issue. In the meantime, Mr. Carr said, Canada has been trying to increase canola sales in other markets such as Malaysia, Pakistan, Bangladesh and the United Arab Emirates.

“The reception has been very warm and very positive because they recognize the high quality of our product,” he said.

Ms. Meng’s defence team has said it plans to argue she shouldn’t be extradited to the United States because she hasn’t broken Canadian laws and that her arrest at Vancouver’s airport was unlawful.

Her lawyers have alleged Ms. Meng was the victim of two “abuses of power,” first by Canadian authorities and then by Mr. Trump. They intend to make an argument based on “double criminality,” related to different sanction and fraud laws in the U.S. and Canada.

The Extradition Act says that an alleged action would have to be criminal in Canada to justify sending someone to another country to face charges.

Nokia says it has moved ahead of Huawei in 5G orders Subscriber content
June 3, 2019 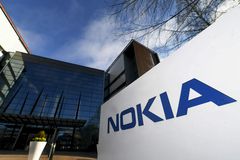 Huawei trade secrets lawsuit opens in U.S. amid spying allegations Subscriber content
June 3, 2019
Huawei to sell undersea cable business, buyer’s exchange filing shows
June 2, 2019
Report an error
Due to technical reasons, we have temporarily removed commenting from our articles. We hope to have this fixed soon. Thank you for your patience. If you are looking to give feedback on our new site, please send it along to feedback@globeandmail.com. If you want to write a letter to the editor, please forward to letters@globeandmail.com.
Comments