For some brands coming to China for the first time, the biggest challenge is to get noticed in the world’s most populous nation.

Canada’s best-known luxury clothing brand has, in some ways, the opposite problem. The distinctive fur-trimmed designs of Canada Goose parkas are already broadly recognized, in a country where knockoffs of its products are sold in countless small clothing stalls and easily found online.

Now it has to persuade people to pay for the real thing.

“We definitely have a lot of brand recognition here, which is great. Very happy to have found that out,” Canada Goose chief executive Dani Reiss said in an interview Friday in Beijing, as the company formally launched its presence in the world’s second-largest economy.

“What’s important is that we go a level or two deeper, so that people really understand the story of Canada Goose, and we build an affinity for the product − and people don’t just want it because it’s cool.”

That, he said, is why after years of selling only through luxury department stores in China, Canada Goose has now established a business unit in the country to oversee an expansion here that began in earnest this fall.

In September, Canada Goose unveiled an online store on Alibaba Group-owned Tmall. In late November,it opened a popup shop in a swish Beijing hotel, ahead of an inauguration, sometime later this year, of a permanent store a few steps away, where its neighbours will be Versace, Roberto Cavalli, Moncler and Balmain.

The products the company will sell there, with $285 tuques and parkas priced nearly seven times higher, represent the company’s effort to capitalize on what Mr. Reiss calls an opportunity that “is absolutely massive.” He calls Canada Goose the “Land Rover of clothing,” a comparison that suggests a profitable future in China, a market that generated more than 20 per cent of revenues last year for Jaguar Land Rover Automotive PLC.

Mr. Reiss would offer no projections, saying only that he expects profits in China to be comparable with elsewhere − despite the company’s PBI Expedition Parka selling for the yuan equivalent of $1,902, compared with $1,145 in Canada.

The arrival of Canada Goose in China aligns with a rebound in luxury sales, which are expected to rise 18 per cent in the country this year and remain strong. Consultancy Bain & Company has forecast that by 2025, Chinese buyers will consume nearly half of all global luxury goods. China is also in an extended winter frame of mind, as it prepares for the 2022 Winter Olympics.

The Canada Goose Arctic patch has already been worn by a series of high-profile celebrities, including actors Zhou Dongyu and Hu Ge, and supermodel He Sui. The latter appeared at the Canada Goose-organized grand opening at the Beijing hotel modelling a top-of-line red Snow Mantra parka inside a fabric igloo − the company called it a “cave” − built for the occasion.

Ms. He, who has modelled for Victoria’s Secret and numerous French fashion houses, added a glitz to the brand far different from the racks of fakes peddled by people like Zhu Yali, who sells lookalike parkas in the basement of a Beijing shopping mall. The company says her products not only constitute intellectual property theft, they could even kill, if people venture into serious cold clad in a coat not stuffed with genuine Canadian goose and duck down.

In a sense, though, Ms. Zhu numbers among Canada Goose’s allies in China. The fakes she sells, which sport a close-enough approximation of a “Canada Goose” badge, have given the company exposure beyond what it could hope to achieve on its own. And Ms. Zhu has herself been an ambassador of sorts for the idea of Canada Goose − “it’s super warm,” she tells customers − with a pitch, even for counterfeits, that may have done the brand some good.

“It’s the fake goods that have made Canada Goose known to the public,” said Bedi Ye, founder of luxury trends website Fashion Trend Digest. If nothing else, knockoffs have “helped save a lot of spending on ads” for Canada Goose.

Even Mr. Reiss says that “if there is a silver lining” to Chinese counterfeits, “maybe it has helped build a little bit of brand awareness.” But it’s “a marginal positive, in relation to a whole bunch of significant negatives,” he said, not least that “it definitely degrades the brand.”

Indeed, Zhu Ling, a fashion-savvy 26-year-old blogger, said she gave up on buying Canada Goose in part because “there were so many fake clothes out there that you don’t even know who is wearing a real one. Then what’s the point of spending 8,000 yuan” − $1,520 − “on a coat?”

The company justifies its prices by saying it makes only the best products. But it has taken heat for its costs in China, even in the fashion press. Vogue China last year published an article entitled: “Forget Canada Goose’s sky-high prices,” comparing sticker-shock over the Canadian-made parkas with “liver pain.”

In general, however, “the people who buy fake coats and those who buy real ones are two totally different groups of consumers,” Mr. Ye said, and Canada Goose has already gained enough popularity in China that online commenters talk about “wearing the Goose.” The image of cool was potent enough to persuade Wu Chengqian, an elementary school teacher in Wuhan, to recently spend two months of his salary on a PBI Expedition coat. It’s rated “extreme” for -30 C and below. Only when Mr. Wu took delivery did he realize its insulating power.

“I regretted it once I got it, because it’s just too much for the temperatures in Wuhan,” he said. The January average is 4 C. “I think 70 per cent of cities in China aren’t cold enough for this kind of puffy jacket.”

Even that estimate, however, leaves a vast buying population. “The only circumstances that would cause loyal Canada Goose consumers to shift to another brand would be if they don’t think they are cool any more,” said Catherine Liu, an expert in marketing Western luxury brands in China.

For now, however, the consumer desire that has fuelled the brand’s global growth appears intact. Its shares have more than doubled in 12 months.

“Everything is perfect, except for the price,” one customer wrote in an online review. “It can totally feed people’s vanity.” 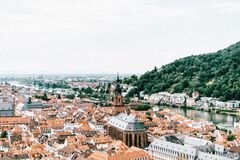 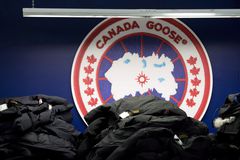