Canada Goose Holdings Inc. is speeding up its investments in e-commerce, restricting its manufacturing of new clothing and cutting back on new store openings, as the effects of the COVID-19 pandemic continue to affect its business.

The company reported on Tuesday that its first-quarter revenue plunged 63 per cent compared with the same period last year, to $26.1-million. In June, Canada Goose projected that sales this quarter would be “negligible” as it was forced to shut down its own stores, and wholesale shipments of its products to other retailers were frozen in the midst of widespread business shutdowns.

While 21 of Canada Goose’s 22 own stores have now reopened and performance is improving, the Toronto-based outerwear brand said on Tuesday that it also expects a “significant” decline in revenue in the second quarter. The company cut $90-million in costs in the first quarter.

As Canada Goose prepares for its busiest fall/winter selling season, it is speeding up investments in e-commerce improvements, including a “cross-border solution” to reach international customers in more countries.

“The online world is becoming increasingly important,” chief executive Dani Reiss said on a conference call to discuss the results on Tuesday.

Canada Goose is shifting its investments in new retail store openings to focus mostly on China, where the economy opened up earlier than in other parts of the world and shopping traffic has begun to recover. With more people around the world staying home rather than travelling this year, the company is hoping to serve Chinese shoppers closer to home rather than counting on its usual sales to Chinese tourists at its stores abroad. Canada Goose will double its store count in China this year with four new stores and will open three in other markets in North America and Europe.

While Canada Goose has begun manufacturing jackets again, it plans to produce just one-third of the fall/winter goods it made in the same season last year and is aiming to “significantly” cut back on its inventory by the end of this fiscal year.

The company is continuing to take a “brand-first” approach to its inventory, focusing on its direct-to-consumer sales through its website and its own stores and expecting lower wholesale revenue this year. However, Mr. Reiss said on the call that the company has “enough inventory to chase orders as needed,” and that its wholesale business continues to be important.

While many apparel companies cleared out inventory through online promotions over the spring and summer, Mr. Reiss said on the call that the danger of this strategy is that it could "dilute the value" of some products.

“We’re a full-price brand,” he said. “Many brands became more promotional and we did not.”

Manufacturing products in Canada gives the company more flexibility to manage its inventory compared with others relying on offshore suppliers, Mr. Reiss said in an interview with the Globe and Mail last month.

“We can react faster. If there’s a shift in demand, we’re able to make smaller runs of styles, closer to the season,” Mr. Reiss said. “We’re self-reliant, that’s the biggest thing. We’re not reliant on a third party to bring us goods.” 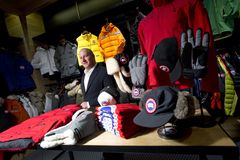 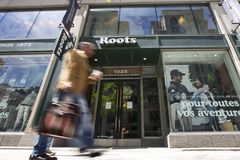 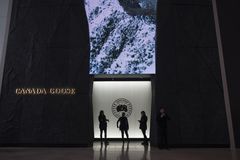