Canada is in talks with Organization of Petroleum Exporting Countries (OPEC), the United States and other allies about “catastrophically low” oil prices, Prime Minister Justin Trudeau said on Friday.

OPEC, composed of 13 of the world’s biggest oil producers, will meet Monday to discuss measures to stabilize crude prices, which have tanked because of a drop in demand caused by the COVID-19 pandemic along with a continuing price war between Russia and Saudi Arabia. Mr. Trudeau wouldn’t say whether Canada will be at the table for those talks.

Alberta Premier Jason Kenney said the province’s Energy Minister, Sonya Savage, would be on the call with OPEC on Monday and would be open to paying a role to “stop the madness.” But he balked at the idea that OPEC would make demands of other oil-producing countries after starting a price war.

"It's OPEC and Russia that started this fire and they've got to put it out," he said on Friday.

He noted the province has had production cuts in place for more than a year and oil companies have made additional reductions on their own in response to recent low prices. Mr. Kenney has previously called for measures, such as import tariffs, to protect the North American energy market from OPEC price manipulation.

As oil-producing countries gear up for Monday’s meeting, Saudi Arabia has called on Canada and other countries to curtail crude production to help halt the slide in oil prices.

Reaching a curtailment deal is critical to slowing down the impact of the pandemic on the oil and gas industry. U.S. President Donald Trump has floated a curtailment of 10 million to 15 million barrels a day. The low end of that scale won’t be enough to contain the price collapse, said Richard Masson, chair of the World Petroleum Council-Canada.

Mr. Masson also said it was critical for Canada to be at the negotiating table with OPEC, because having the United States as a single customer leaves the country’s industry “very vulnerable.”

“It’s going to look very, very ugly potentially in April here,” he said, and “probably will get worse” than what the industry is currently experiencing.

Ideally, Mr. Masson said, a curtailment deal would reach at least 15 million barrels a day so the sector can survive until plane and automobile travel return to normal. He said a curtailment agreement will be the difference between a “managed production cut” and a “willy-nilly” slashing of production that will most hurt countries with higher production costs.

The dynamics between the major players such as Russia, the United States, Saudi Arabia will make the negotiations complicated, Mr. Masson said. But he added that the prospect of selling oil at negative prices is a big motivator and “self-interest” might force the countries to reach a deal.

Canadian oil producers have already reduced output by as much as 700,000 barrels a day for economic reasons, and that number may surpass one million this month as available storage fills up, analysts have said.

Athabasca Oil Corp. announced Thursday evening it would suspend its Hangingstone oil sands operation. The SAGD facility has a break-even price of approximately US$37.50 a barrel for Western Canadian Select, but WCS was hovering around $10.20 Friday. West Texas Intermediate closed near $29.

“It is unfortunate that made-in-Alberta assets like Hangingstone cannot continue operations under current prices,” the company said in a statement.

Last week, Mr. Kenney said he is pursuing a joint oil strategy with the United States. On Friday, Mr. Kenney floated an investigation into what he called the “predatory dumping" of crude on North American markets by Saudi Arabia.

Mr. Kenney has repeatedly urged the federal government to move on an injection of liquidity into the Canadian oil sector. A support package will need to be upward of $20-billion, he said on Thursday during an interview with BNN Bloomberg.

Mr. Trudeau said Friday his government continues to work on that package with the help of oil-producing provinces, particularly Alberta, and the subject was raised on a call with Canadian premiers on Thursday night. 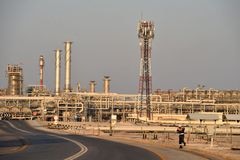 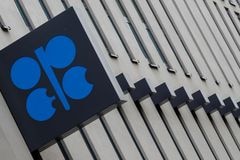 Follow Emma Graney and Marieke Walsh on Twitter @EmmaLGraney @mariekewalsh
Report an error Editorial code of conduct
Due to technical reasons, we have temporarily removed commenting from our articles. We hope to have this fixed soon. Thank you for your patience. If you are looking to give feedback on our new site, please send it along to feedback@globeandmail.com. If you want to write a letter to the editor, please forward to letters@globeandmail.com.
Comments