Andrew Willis
Includes correction
Published May 23, 2018 Updated May 24, 2018
For Subscribers

The Liberal government has committed to spend a total of $180-billion on infrastructure spending over 12 years and the bank is a cornerstone of its strategy. Mr. Lavallée, who was a senior executive at the Canada Pension Plan Investment Board, will be charged with helping to deliver on that promise by forging partnerships between governments, Indigenous groups and deep-pocketed private-sector investors such as pension plans.

Earlier this year, Parliament’s spending watchdog said only half the $14.4-billion the Liberals had earmarked for the first phase of the infrastructure projects had actually been committed. The Parliamentary Budget Office warned the slower-than-expected roll-out could weigh on the entire Canadian economy

The new bank was formally launched 11 months ago and conducted a lengthy CEO search; sources say a number of candidates turned down the job because the government-owned agency doesn’t pay on the scale of Bay Street. Mr. Lavallée will begin a five-year term as the bank’s president and CEO on June 18.

The Toronto-based bank is expected to put up $35-billion of government money and bring in capital from outside investors to kickstart projects that might otherwise not get built. The focus will be on investments that generate revenue in three sectors: public transit, such as toll roads; transport systems, including pipelines; and green infrastructure such as water-treatment plants.

The bank’s incoming CEO said his first priorities are to hire a team, put a process in place for making investment decisions, draw up an initial list of projects and line up possible partners. When asked about potentially investing in Kinder Morgan Canada Ltd.’s Trans Mountain pipeline expansion from Alberta to British Columbia, which the federal government has said it is willing to backstop to overcome opposition from the B.C. provincial government, Mr. Lavallée said it is too early to comment on specific projects.

“This is a once-in-a-lifetime opportunity to build an organization that will deliver infrastructure that benefits all Canadians,” Mr. Lavallée, a 54-year-old native of Drummondville, Que., said.

Mr. Lavallée spent six years at the CPP Investment Board, most recently overseeing the fund’s $94-billion portfolio of partnerships with external asset managers and businesses. He also ran a public company as a senior executive at Montreal-based clothing retailer Reitmans (Canada) Ltd. and spent 18 years at consultant Bain & Co. Mr. Lavallée started his career working for the federal government as a trade commissioner in Ottawa and Japan.

“Mr. Lavallée is a talented and highly qualified professional who will play a key role in setting the course and direction of the bank as it makes investments in the transformational infrastructure projects,” federal Infrastructure Minister Amarjeet Sohi said in a news release.

The search for a CEO at the bank took longer than expected, in part owing to the Crown corporations’s approach to compensation. Top jobs at the agency are expected to pay between $400,000 and $600,000 annually, in line with compensation at Canada Post, Via Rail and other government-owned businesses. In contrast, senior executives at the CPP Investment Board and other large public-sector funds make approximately $3-million a year.

Mr. Lavallée declined to discuss his compensation, which will eventually be disclosed in government filings, but said he took the job because he wanted to launch an important national agency that potentially inspires similar initiatives in other countries.

“The infrastructure bank is a new concept, and I hope it turns into a made-in-Canada success that mirrors what we’ve achieved with Canada’s public-sector pension plans, which are seen as model organizations around the world,” he said.

Candidates for the top job were also leery of a governance structure that gives the federal cabinet a veto on the bank’s investments. However, Mr. Sohi and other federal ministers have repeatedly stated that the bank will operate at arm’s length from the government, and pension executives say the bank’s decision-making process is similar to what’s been used successfully for many years at public-sector plans.

One of the first jobs Mr. Lavallée needs to fill is that of chief investment officer at the bank. Bruno Guilmette, who has filled the position on an interim basis since December, announced Thursday that he will return to the bank’s board of directors on June 1. In April, the bank hired Annie Ropar as its chief financial and chief administrative officer; she had been CFO of stock exchange operator Aequitas Innovations Inc. 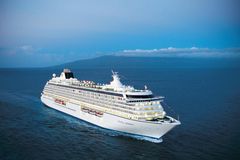 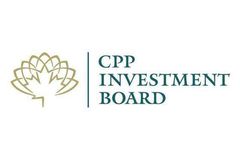