Rachelle Younglai
Published May 20, 2020 Updated May 20, 2020
For Subscribers
Comments
Text Size
Please log in to listen to this story. Also available in French and Mandarin. Log In Create Free Account

Canada’s national housing agency is predicting home prices could plummet up to 18 per cent and mortgage arrears could soar to 20 per cent, a forecast some economists and real estate experts say is a particularly dire assessment of the pandemic’s effect on the housing market.

Late on Tuesday, Canada Mortgage and Housing Corp. chief executive Evan Siddall said average home prices could drop between 9 per cent and 18 per cent over the coming 12 months. He said mortgage deferrals could jump from 12 per cent to 20 per cent by September, and that as much as one-fifth of all mortgages could be in arrears if the Canadian economy has not recovered sufficiently.

“The resulting combination of higher mortgage debt, declining house prices and increased unemployment is cause for concern for Canada’s longer-term financial stability,” Mr. Siddall said in prepared remarks to the federal standing committee on finance.

A price drop of 18 per cent would far surpass previous downturns. The steepest declines occurred from 1981 to 1982 and from 1994 to 1995, when the average selling price across the country fell 5 per cent, according to data from the Canadian Real Estate Association.

"[Mr. Siddall] said that all these things will happen if the economy ‘does not recover sufficiently.’ That’s a very broad statement,” CIBC deputy chief economist Benjamin Tal said. “Without looking at the assumption behind that statement regarding GDP growth, unemployment rate and so on, it is very difficult to assess the likelihood of such a prediction. Is it a worst-case scenario, or the base case? I think he was highlighting a worst-case scenario,” he said.

Douglas Porter, chief economist with Bank of Montreal, called the prediction for an 18-per-cent drop in prices to be “oddly specific given the massive degree of uncertainty around the outlook at this time.”

The latest real estate statistics show national home sales declined 57 per cent from March to April and the average selling price fell 10.9 per cent over the same period, though the sales volume was low and the drop in luxury home sales skewed the average.

Since the pandemic slammed the economy in March, real estate associations have painted a relatively rosy picture. In the Toronto region, where activity had been overheating before the pandemic, its local board said home prices would remain flat compared with last year because sales and new listings have so far declined in tandem and reduced competition for properties.

“Eighteen per cent is a crazy prediction. I am shocked they would say that,” said Christopher Alexander, Re/Max’s regional director for Ontario and Eastern Canada. He said properties in Toronto, Ottawa and Vancouver continue to draw multiple offers during the pandemic.

But given the millions of job losses and collapse in economic output, mortgage expert Robert McLister said it was a rational outlook.

“Canada would be incredibly lucky to get away with only a 10-per-cent home price sell-off. CMHC’s 9-per-cent to 18-per-cent price drop estimate is completely reasonable, knowing how futile forecasting is with so many unknowns,” said Mr. McLister, founder of mortgage brokerage RateSpy.com.

CMHC also highlighted the country’s record level of household debt, which skyrocketed after the Great Recession because of rock-bottom interest rates and soaring home prices, and said the ratio of debt to disposable income could jump to over 200 per cent next year from 176 per cent last year.

Mr. Siddall said his agency is getting ready for a “growing debt deferral cliff that looms in the fall, when some unemployed people will need to start paying their mortgages again.”

He said that as much as one-fifth of all mortgages could be in arrears if the Canadian economy has not recovered by then and said CMHC may have to start tightening underwriting standards for borrowers who have less than a 20-per-cent down payment on a property and require home insurance.

As of mid-May, banks have provided mortgage deferrals to more than 740,000 homeowners, according to the Canadian Bankers Association, which represents 15 per cent of the number of mortgages in bank portfolios. The deferrals started in March and are for a maximum of six months.

“Mortgage payment deferrals have been a necessary step to help Canadians weather the storm brought on by the COVID-19 pandemic. However, they have also introduced a potential scenario where the rate of residential mortgage delinquencies could materially surpass the highest levels ever recorded,” National Bank of Canada said in a note to clients.

According to CBA data, the arrears for bank mortgages rate peaked at 0.65 per cent in 1992 and 1997. A mortgage is considered in arrears if the borrower has missed payments for a minimum of three months.

Canadians may get a better understanding of the mortgage default risk when banks start reporting their latest quarterly results next week.

“Further concessions will have to be made once this six-month period expires,” said Dustin Van Der Hout, investment adviser with Richardson GMP Ltd.

“You can call it what you want, deferrals, arrears or defaults, but if someone hasn’t paid you for six months-plus, it’s just by the lenders’ choice they aren’t forcing a default. And I don’t think they’re doing it because they’re lovely institutions. It’s not in their interest to foreclose on everyone all at once.” 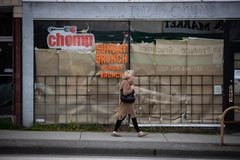 Opinion
Pandemic Personal Finance Update No. 9: The mark of money success in the next 12 months will be how much you save
June 16, 2020 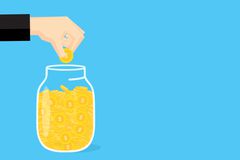 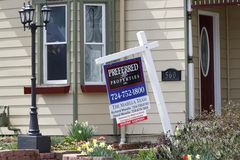 U.S. homebuilder confidence rises in May
Subscriber content
May 18, 2020 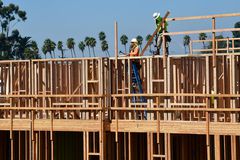