The Canadian government is preparing new measures to prevent a potential flood of steel imports from global producers seeking to avoid U.S. tariffs, according to people familiar with the plans.

The measures are said to be a combination of quotas and tariffs aimed at certain countries including China, said the people, asking not to be identified because the matter isn’t public. The moves follow similar “safeguard” measures being considered by the European Union aimed at warding off steel that might otherwise have been sent to the U.S. It comes alongside Canadian counter-tariffs on U.S. steel, aluminum and other products set to kick in on July 1.

The steps intensify the fallout from U.S. President Donald Trump’s trade fight, in particular U.S. tariffs of 25 per cent on steel and 10 per cent on aluminum that hit Canada, the EU and other nations. The moves have prompted retaliation from the U.S.’s biggest trading partners, and forced companies like Harley-Davidson Inc. to shift production.

The Canadian measures are expected to include new quotas on certain steel imports to prevent dumping, with tariffs applied above that threshold, the people said. The announcement could come as early as next week, though the government hasn’t finalized its plans, the people said. A spokesman for Finance Minister Bill Morneau declined to comment. Representatives for Foreign Minister Chrystia Freeland, who handles U.S. trade issues, didn’t immediately return requests for comment.

Canadian steel imports in 2017 totalled $9 billion, according to U.S. data, with 55 per cent of that coming from the U.S. The next biggest sources of Canadian steel are China, South Korea, Brazil and Turkey, the data show.

The U.S. steel tariffs open the door to a potential flood of cheap imports, said Sean Donnelly, chief executive officer of ArcelorMittal Dofasco, the Canadian unit of ArcelorMittal of Luxembourg.

“We must be able to operate in an undistorted, market-based competitive environment,” Donnelly told lawmakers at a parliamentary committee in Ottawa Tuesday. “Canada’s response to past and future threats from unfairly traded and diverted offshore imports is critical.”

Steel groups have been pressing for safeguard measures, which could be applied provisionally pending an investigation. Joseph Galimberti, president of the Canadian Steel Producers Association, said his members are seeing the impacts of steel diversion in Canada’s market. The industry group’s members include ArcelorMittal Dofasco, Stelco Holdings Inc., Essar Steel Algoma Inc. and others.

“We are entirely supportive of the safeguard as an appropriate measure and have been working with government to provide them the commercial information they need to proceed as appropriate,” he said in an e-mail Tuesday.

Any additional tariffs enacted on foreign steel will have a ripple effect on the Canadian economy and raise costs in the already-crunched housing sector.

Only a handful of companies produce steel in the country and construction companies, steel fabricators and developers rely on imports for various types of steel including those used for residential building such as rebar.

“Construction companies and owners will have to pay more in the short-term out of their own pockets,” Richard Lyall, president of the Residential Construction Council of Ontario, said in a phone interview. “It’s a hit that can affect risk profile and pro formas for future projects, which can have a chilling effect on the market. But the medium to longer term is consumers will get hit by this.” 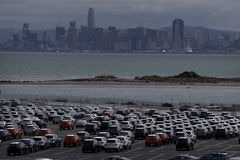 Trump revs up attacks on Harley-Davidson as company plans to move some production overseas
June 26, 2018 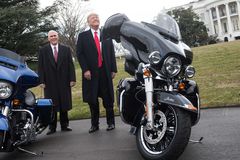 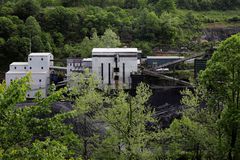