Canada is adopting a new look for its tourism marketing.

In place of straightforward block letters, the “Canada” logo is spelled out in a slightly wackier font, with the letters roughly shaped like a heart. Alongside it is a new slogan, “for glowing hearts/le coeur grand ouvert,” which replaces the old tagline in use for more than a decade, “keep exploring/explorez sans fin.”

“This wasn’t my first choice,” David Goldstein, chief executive of Destination Canada, says of the new heart-themed branding. In English, the slogan is inspired by a line from the national anthem, and he was concerned international travellers wouldn’t get the reference. They most likely will not, but in market research the Crown corporation responsible for advertising Canada as a tourism destination found that the message of the new brand resonated with people in priority countries such as the United States, Britain and China. The font communicates “fun,” he said, and the branding positions Canada as a welcoming and inclusive place. The corporation worked with advertising agency Cossette on the revamp.

“Canada is a brand in and of itself.… We don’t have to change a lot of perceptions of the overarching brand. But the underlying piece, from a travel motivation perspective, is a bit different,” Mr. Goldstein said.

The goal of the plan is to create 54,000 new jobs by 2025. Tourism Minister Mélanie Joly announced an investment of $58-million over two years on tourism projects designed to increase the number of overseas travellers visiting Canada, as well as to encourage people to consider a wider variety of destinations in the country and to travel outside of the high season in summer.

Destination Canada will launch a paid digital campaign with a video ad under the new branding in June – when tourism marketing tends to be light, since most summer vacations have already been planned. The campaign is designed to get people thinking about fall and winter travel.

Finding alternative regions and seasons to drive visits to Canada is important, because while there has been an increase in global tourism in recent years – Canada saw a record number of international visitors in 2017 and 2018 – growth has been slowing because of global economic uncertainty and rising travel costs.

U.S. consumers, who represent the biggest market for international visits, are travelling less outside of their own country. Overnight visits from the United States increased last year by 1.4 per cent, compared with 2.5-per-cent growth the previous year.

The new imagery is designed to communicate the emotional side of travel, and the country specifically as a friendly destination.

“Within the geopolitical context right now, people are looking for less friction, to be at ease, to be who they are,” Mr. Goldstein said. “This is truly a piece of Canada that has not as much to do with the typography or the geography, but is the essence of who we are.”

Canada’s brand is not without friction on the world stage, however. Trade tensions with the United States, as well as tensions with China over the arrest in Vancouver of Huawei executive Meng Wanzhou and subsequent jailing of two Canadians in China, have complicated relations with two markets for visitors to Canada. Companies in Canada that serve Chinese government tours have reported a decrease in bookings.

Destination Canada reports that consideration of Canada as a travel destination is still strong in China, despite the political issues, and that the new campaign tested well there.

While Destination Canada is mostly focused on international marketing, the last federal budget also earmarked $5-million for it to advertise domestic travel to Canadians, meaning the new brand will be visible to them as it rolls out advertising in the coming year. The corporation has done domestic campaigns before, including for Canada’s sesquicentennial, and during the economic slump of 2008. Domestic travel represented about 80 per cent of the $102-billion in tourism revenue in Canada last year. The new government strategy is aimed at increasing revenue to $128-billion by 2025.

“Travel and tourism is the second-fastest-growing sector on the planet,” Mr. Goldstein said. “It is also one of the most fiercely competitive areas in marketing. We’re sitting in a very crowded space.” 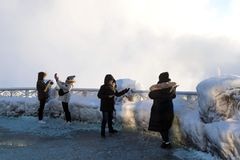 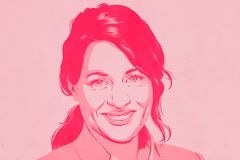 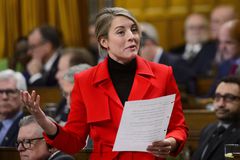