The Canada Revenue Agency is examining the corporate tax returns filed by QuadrigaCX, according to the trustee overseeing the bankruptcy of what was once Canada’s largest cryptocurrency exchange.

The RCMP, the Ontario Securities Commission and the U.S. Federal Bureau of Investigation are all probing the exchange’s collapse, which saw 76,000 of the exchange’s users lose access to $214.6-million of their cryptocurrency holdings.

Quadriga was shuttered earlier this year after the sudden death of its 30-year-old chief executive Gerald Cotten last December. Mr. Cotten was honeymooning in India when he died of complications relating to Crohn’s disease, taking with him the passwords needed to access the company’s cryptocurrency reserves.

Bankruptcy trustee Ernst & Young said it received a letter dated Aug. 15 from the Canada Revenue Agency, which states that Quadriga’s tax returns from Oct. 1, 2015, to Sept. 30, 2018, have been chosen for audit. The CRA’s request for documents and information is “significant,” the trustee notes in a report dated Sept. 11.

“The Trustee intends to discuss the request for information with CRA Audit and their counsel and will return to Court for further direction, if necessary," Ernst & Young said in the report.

A CRA spokesperson said the agency doesn’t comment on individual cases, but noted that, generally speaking, failing to provide records required for an audit is a legal offence.

In an earlier report, Ernst & Young said it discovered that Mr. Cotten did not hold cryptocurrency belonging to the exchange’s users in company wallets. Instead, he moved large sums of cryptocurrency to his personal accounts at other exchanges, in some cases using it as collateral to secure a trading account he operated. The account generated substantial losses and fees, depleting Quadriga’s cryptocurrency reserves.

Mr. Cotten also transferred a substantial amount of funds to himself and his widow, Jennifer Robertson, according to the trustee. The pair travelled extensively, often aboard private jets, and amassed assets worth an estimated $12-million, including 16 properties in Nova Scotia, an airplane, a yacht and luxury vehicles. Ernst & Young is working to recover those assets, which it says were acquired with users’ money, on behalf of creditors. Ms. Robertson, through her lawyer Richard Niedermayer, declined to comment.

The trustee noted that the cost of responding to all of the information requests from various law enforcement agencies and regulators will affect how much money is available to repay Quadriga users. But, the firm added, there “appears to be no legal basis” for it to refuse to respond to the requests.

“Accordingly, the Trustee is focused on conducting its document collection, organization, review and production efforts in as cost effective a manner as possible," the report reads. However, the firm noted that “it is not expected that the Trustee will be in a position to respond to the CRA Audit request at this time.”

Ernst & Young also said it has been in talks with the RCMP regarding electronic devices – including four cellphones, four laptops, three USB devices and an encrypted desktop computer – that are in the trustee’s possession. Ernst & Young said it expects that the RCMP and other law enforcement agencies will request access to the devices.

“The Trustee proposes to produce any requested Devices only to the RCMP pursuant to a Production Demand, if granted, and to refer any other law enforcement agencies and / or regulators requesting access to the devices to the RCMP.” 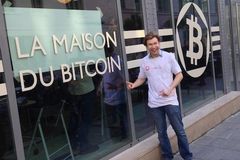