Artists across the country are facing demands from the Canada Revenue Agency that they repay emergency coronavirus benefits, even as some struggle to pay basic expenses after their incomes collapsed under the weight of the pandemic.

The government agency is also insisting that some artists are not eligible for payments under new income supports, leaving them to wonder why they have been excluded – and how they are going to get by.

“I’m not sure what CERB is for if not for people who are hanging on by their teeth,” said Toronto-based poet Ken Babstock, who says he was so worried about money after receiving a December notice from the CRA that he decided not to buy Christmas presents for his son.

At issue are the CRA’s statements that artistic grants do not count as income for the purposes of meeting the Canada Emergency Response Benefit threshold. To be eligible, recipients must have had at least $5,000 in net income in 2019 or the 12 months preceding their application. Although the CRA has been telling artists that such grants don’t count as income under the CERB program, they do count as income at tax time.

The CRA sent form letters late last year to hundreds of thousands of Canadians who received CERB benefits, warning the funds may have to be repaid. Those “educational letters” don’t demand repayment, but they are only sent when the agency has a concern over eligibility. And they outline in detail how benefits can be repaid. (The letters have already sparked upset from self-employed Canadians who thought they qualified for CERB payments, but have been informed that their net income was too low to qualify.)

Authors, performing artists and visual artists are among those warned that they could have to repay the money. Some say they are also being denied access to benefits through the successor to CERB, the Canada Recovery Benefit, for the same reason. It was more bad news for a multibillion-dollar sector already feeling severe effects of the pandemic.

“The CRA is insisting, to me, and to many other Canadian recipients of arts production grants, that grants received in the 2019 tax year do not count as income that proves eligibility,” Mr. Babstock told The Globe and Mail. When the CRA asked for proof of income greater than $5,000, he sent a T4A for a $25,000 Canada Council grant. He was told that this income does not count, he is ineligible for CERB and CRB, and will have to repay the CERB he has received.

While travel, education or research grants may not qualify as eligible income, arts production grants do, according to granting bodies and artist advocacy groups.

Associations, unions and guilds representing more than 75,000 Canadian artists and cultural workers met virtually with the parliamentary secretary for Canadian Heritage, Julie Dabrusin, and other government officials the week before the holidays. The artists’ groups have told their members that production grants do qualify as income for CERB and CRB. But they’ve heard from some artists that the CRA representatives they’ve spoken to don’t believe them.

But that doesn’t help people who are being denied the CRB, and have lost income because of COVID-19.

“I think the entire country actually wants CRA to make sure there is not abuse of the system,” Ms. Wright says. “But artists are not the group that are abusing anything; so far from it. This is a community that gives so much of its own time and opportunity for income to the public, to then be cast as crooks for something that’s entirely legitimate, it just seems weak.”

The Canada Council for the Arts says while its grants are considered income, to be eligible under CERB, the grant has to be recognized as self-employment income by the CRA, which depends on individual circumstances. It says it is communicating with the CRA about this situation and encourages affected artists to consult with a tax professional.

The legislation underpinning the CERB and CRB doesn’t explicitly mention artistic grants in its listing of types of income that can be used to qualify. But according to the CRA, student loans and bursaries cannot be used, a point the agency made in its educational letters.

That’s potentially significant, since artistic grants are lumped in with scholarships and bursaries in several instances in the income tax system: They are all accounted for in T4A slips, and are entered under the same line item, 13010, in income tax forms.

Indeed, Calgary-based author Marcello Di Cintio ran into that issue when he contacted the CRA after receiving a letter from the agency. Mr. Di Cintio depended on grants he received – including $25,000 from the Canada Council – to meet the income requirement of the CERB.

But a CRA representative told him that his grant income is ineligible under the CERB because it was entered on line 13010 in his return. “That seems rather arbitrary and wrong. There’s no way to argue that a student loan resembles an arts grant,” he said, noting he paid income tax on his grant income in 2019.

The CRA did not provide a response to queries. In an emailed statement, the office of Employment Minister Carla Qualtrough noted that the CRA letters “are not a determination of a person’s eligibility” and that the government is not requiring anyone to repay “at this time.” Penalties and interest will not be charged to anyone who made a good-faith mistake in wrongly claiming CERB payments. “We are looking at all options available so that we can best support workers who may have received the CERB when they were not eligible,” the statement said. Under the CERB and CRB legislation, the minister has the discretion to expand the list of incomes that can be used to qualify for benefits.

Amin Mawani, an associate professor of taxation at York University’s Schulich School of Business in Toronto, said artistic grants are clearly deemed to be taxable income under Canada’s income tax legislation. But Prof. Mawani, who teaches income tax law, said applicants would also have to meet other eligibility requirements of the programs, including a loss of income attributable to the pandemic. He also noted that only net income can be used to qualify for the CERB, meaning artists and others who used deductions to reduce their taxable income could fall below the qualifying threshold.

Mr. Di Cintio, who shares custody of his son, lost projected income in 2020 when freelance assignments were delayed (or cancelled – it’s still unclear) and the publication of his coming book was pushed back to this spring from last fall.

“CERB saved my ass, it absolutely did,” says Mr. Di Cintio, who received $14,000 from the fund. “It’s not like I invested it. That money is rent and food. And a bed for my son. The idea that people who got that $14,000 could just pay it back because they all of a sudden were ineligible was preposterous. Because the ‘E’ in CERB was ‘emergency.’”

Conservative MP Greg McLean, who sent a letter on Mr. Di Cintio’s behalf to Revenue Minister Diane Lebouthillier, said he sees the CRA’s lack of clarity in its letters as part of the problem. “It’s this whole thing about ‘might.’ You ‘might’ have to pay this back,” he said, adding it would be better if the CRA could be more definitive in assessing each taxpayer case.

During the first lockdown, a members’ survey by The Writers’ Union of Canada found a total expected loss of $2.6-million among authors. TWUC executive director John Degen is now calling on the government to provide policy direction and clarity. “I just don’t understand why there is such a focus on such low earners in this potential clawback that’s happening,” Mr. Degen says. “It just seems cruel and completely unnecessary at this point.”

According to Statistics Canada, employment in the arts, entertainment and recreation sector in November, 2020, was nearly 30 per cent lower than during the same period of 2019. And gross domestic product of the sector in September, 2020, was down 45.5 per cent from its February level (compared to accommodation and food services, which was 27 per cent lower). Four in 10 businesses in the arts, entertainment and recreation sector reported their August, 2020, revenues were down 50 per cent or more, year over year.

Mr. Degen was among the participants in the Dec. 17 meeting. He said they were assured there would be no penalty applied.

“But that’s pretty cold comfort for someone who gets that kind of threatening letter from the CRA and has probably already spent the CERB on living expenses,” he said.

Mr. Babstock, the Toronto-based poet, said he has spoken to as many as seven CRA agents about the confusion – without resolution. “Kafka never faced anything like this.” 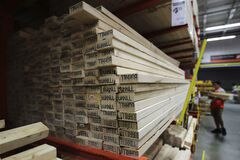 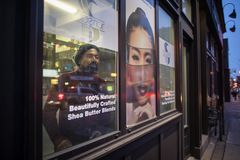 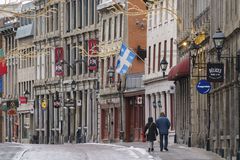 Follow Marsha Lederman and Patrick Brethour on Twitter @marshalederman @patrickbrethour
Report an error Editorial code of conduct
Due to technical reasons, we have temporarily removed commenting from our articles. We hope to have this fixed soon. Thank you for your patience. If you are looking to give feedback on our new site, please send it along to feedback@globeandmail.com. If you want to write a letter to the editor, please forward to letters@globeandmail.com.
Comments