Opposition parties have laid out their demands for the federal Liberal government as Ottawa prepares to update Canadians on the country’s finances after four months of COVID-19 — and where it expects the economy to head for the rest of the year.

Wednesday’s fiscal snapshot will be the first public assessment of the country’s economic and financial situation since the pandemic started in earnest in March, forcing provinces into lockdown and the Liberal government to start doling out billions in aid in lieu of a federal budget.

The snapshot is expected to give an idea of how the government sees the rest of the fiscal year playing out, including figures for a potential deficit.

But the Conservatives and NDP made clear Sunday that they want more than just numbers: they want action. That includes additions, changes and expansions to federal COVID-19 support programs along with more accountability and transparency.

Yet while the Conservatives also called for the Liberals to produce a plan to get government spending under control, the NDP warned against any premature efforts to cut federal assistance.

“They need to understand what the government’s finances are to understand how long these programs are going to last to assist them and when they will be starting to phase out. And a lot of that has a lot to do with the financial health of the government.”

Federal figures last week showed direct government spending on COVID-19 supports at just over $174-billion, which included another increase to the budget for the Canada Emergency Response Benefit. That is now expected to cost $80-billion as eligibility increased to 24 from 16 weeks.

At the same time, Statistics Canada last week reported that the Canadian economy shrank 11.6 per cent in April — the largest monthly drop on record. That follows a 7.5 contraction in gross domestic product in March. Both are expected to hit Ottawa’s bottom line through lost tax revenue.

Parliamentary budget officer Yves Giroux has previously predicted that the increased spending and lost revenue could combine to see the federal deficit top $250-billion this year.

With COVID-19 in retreat across most of the country — at least for the moment — Poilievre said it was time for the Liberals to produce a plan to start getting what he described as Ottawa’s “fiscal mess” under control.

That includes weaning Canadians off the CERB and getting them back to work by phasing out the $2,000-per-month benefit based on how much they earn rather than simply cutting off anyone who earns more than $1,000 in a month.

“The government is punishing Canadians for working,” Poilievre said. “We think that people on it should be rewarded when they make the courageous decision to go back to work and make a wage.”

Poilievre, who also demanded more money for the federal auditor general’s office to better scrutinize government spending during the pandemic, dismissed suggestions that Ottawa needs to keep the taps wide open to stimulate the economy as it starts to reopen.

He instead took aim at various Liberal policies and regulations around natural-resource development, particularly in Alberta and Saskatchewan, as having stunted economic growth and prosperity in Canada.

“Removing these government obstacles is the way you unleash growth and create a cornucopia of opportunity for our workers and businesses that will generate the wealth,” he said. “More deficit spending does not create jobs and growth.”

Bloc Quebecois Leader Yves-Francois Blanchet also called last week for the CERB to be phased out to encourage Canadians to return to work. He made an exception for seasonal workers in the arts, hospitality and agricultural industries who will not earn a full income until next summer.

Yet NDP finance critic Peter Julian warned against any early cut to COVID-19 benefits and support and instead repeated longstanding calls from his party for the federal government to crack down on tax havens and tax wealthy Canadians and businesses to pay for the federal aid.

“There’s been a call for ... dealing with the economic and financial fallout of the pandemic through cutting services,” Julian said in an interview.

“We actually believe that now is the time to handle the pandemic from the revenue side. We believe in tackling the tax haven problem, which is more acute in Canada than any other country. And to put in place a wealth tax.”

The NDP is also pressing for the Liberals to ease the criteria for businesses to access the federal wage subsidy, which covers up to 75 per cent of employees’ salaries, to encourage more hiring. And it wants the government to provide promised support for Canadians living with disabilities.

While the fiscal update will be presented in the House of Commons on Wednesday, Julian said the report itself will not require a vote. However, he suggested NDP support for future legislative proposals from the government could be contingent on the Liberals accepting the NDP’s requests.

The Liberals have leaned heavily on the NDP since being elected to a minority government in October. That included securing NDP support for several confidence motions in the winter and spring that, if defeated, could have triggered a federal election.

Editor’s note: (July 6, 2020): An earlier version of this article incorrectly said the federal deficit could top $250-million this year, when in fact it is $250-billion. 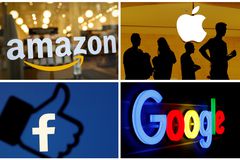 Opinion
There will be no ‘V-shaped recovery.' But here’s how we can ensure the post-pandemic economy works for everyone
July 3, 2020 ‘What are the (dis)advantages of using a wealth management firm to navigate the post-pandemic economy?'
Subscriber content
July 2, 2020 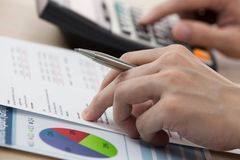