Jock Finlayson is the executive vice-president and chief policy officer at the Business Council of British Columbia. David Williams is the council’s vice-president of policy.

Anyone who has played a competitive sport knows that winning involves honing and playing to your strengths. Tennis champion Novak Djokovic wins matches with a baseline game built around a strong serve and ultrareliable groundstrokes, especially his backhand. He doesn’t come to the net much because he knows his volleys aren’t nearly as good. A look at Canada’s export mix can similarly help to pinpoint our competitive advantages in international markets. Where are Canada’s “winning shots”?

In 2018, the value of Canada’s exports of goods and services sold to other countries reached $658-billion, in nominal dollars. Earnings from goods exports made up 82 per cent of this, while services constituted the other 18 per cent of export sales (see table). The latter include everything from engineering, communications, finance, transportation and professional services to tourism, web-based services and royalties earned on Canadian-owned intellectual property.

Two broad categories deliver the vast majority – in some years up to 70 per cent – of Canada’s overall export earnings. The first, centred around natural resources, is by far the largest and contributes about half of total exports. It includes primary commodities such as oil, natural gas, coal and wheat. Energy is particularly important, contributing one-fifth of Canada’s total exports. The natural resource group also includes an array of manufactured products that rely on domestically sourced resource inputs, including lumber, pulp and paper, processed food, chemicals and fertilizer. The second major category of Canada’s exports consists of transportation equipment – automobiles, auto parts and aerospace products – which generated 16 per cent of export earnings in 2018.

The structure of Canada’s exports indicates that our global comparative advantages lie mainly in these industries. Moreover, around three-quarters of Canada’s exports are destined for the United States, 5 per cent for China and 2 per cent for the United Kingdom. Canada has the world’s fourth-most-concentrated exports by geographic destination, trailing only Kuwait, Bermuda and Mexico. Both our export mix and our exports by destination are thus highly concentrated.

There are many reasons why a country can have comparative advantages in certain sectors: generous endowments of natural resources, the size and skills of its labour force, proximity to markets and institutional factors. In trade theory, a country maximizes its living standards by focusing its scarce labour and capital on producing things that it excels at. To be sure, a country can produce other products. But it optimizes by honing and playing to its strengths. The export data show that Canada excels at producing commodities, value-added goods derived from natural resources and transport equipment. We also excel at supplying U.S. customers. These are Canada’s “winning shots.”

Canada’s core areas of comparative advantage are unlikely to change any time soon. Some politicians dream of Canada becoming a powerhouse in fields such as clean technology and biotechnology. To be sure, our country has some strong companies and commercial opportunities in these sectors. But they will not soon replace the industries that provide the lion’s share of Canadian exports. Mr. Djokovic would likewise be ill-coached if he was to devote too much of his practice time to his volley, while neglecting his serve and backhand that are central to his success.

All of this suggests that in pondering Canada’s industrial future, policy makers would be well advised to pay close attention to improving the environment for capital investment, business growth and job creation in the sectors that supply the bulk of the country’s exports.

Where do Canada’s comparative advantages lie?

CN Rail says it will be forced to close ‘significant’ parts of its network unless blockades are removed
February 11, 2020 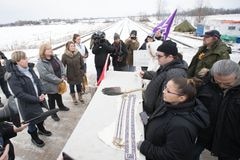 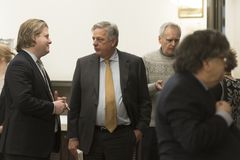