Canadian Foreign Minister Chrystia Freeland on Wednesday reiterated Canada’s opposition to proposed U.S. steel and aluminum tariffs due to come into force next week, as pressure mounts to seal a quick deal on updating NAFTA.

Freeland also told reporters that Canada remained against the U.S. idea of introducing a sunset clause that would allow one of the three North American Free Trade Agreement members to quit the pact after five years.

U.S. President Donald Trump unveiled the tariffs in March but suspended them for Canada and Mexico until May 1, citing the wish to see progress at the NAFTA talks.

“Canada’s position has been clear from the outset and that is that Canada expects to have a full and permanent exemption from any quotas or tariffs,” Freeland said before the latest session of high-level talks on the agreement.

Mexico’s negotiators are also unhappy about having to deal with the proposed steel tariffs in parallel with the NAFTA negotiations, a Mexican source said.

Although Washington is pressing for a quick deal, several major topics remain to be settled. One is the question of North American content for autos produced in the three NAFTA nations, which Freeland said would be discussed on Wednesday. 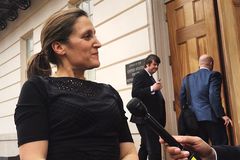 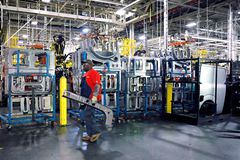 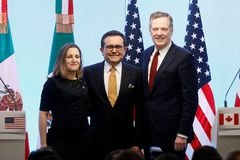