Ottawa wants to use a provision in the Paris climate accord in hopes of gaining emissions credits toward meeting Canada’s targets by helping to reduce air pollution in Asia.

Under the 2015 Paris agreement to which Canada is a signatory, a section called Article 6 could clear the way for bilateral side deals to give Canada credit for planned exports of liquefied natural gas (LNG) to Asia, Natural Resources Minister Amarjeet Sohi said in an interview in Vancouver. LNG is considered a cleaner energy source than coal, which is widely used in Asia to generate electricity.

Ottawa’s position clashes with environmentalists who feel Canada should meet its climate-change targets entirely through domestic measures, rather than through global trade. The friction over the proper approach to address climate change comes at a time when the federal Liberal government faces criticism for failing to meet its emissions targets under the accord.

“We see the potential of LNG development in Canada as a source of well-paying, middle-class jobs here in our country,” Mr. Sohi said. “But also we see the role it can play in reducing emissions globally, particularly allowing countries such as China and others to get off coal-fired electricity.”

By contrast, environmentalists say Canada should adhere to the Paris agreement’s country-specific targets for decreasing carbon emissions, and LNG should not be considered a global solution to combat climate change. “LNG is the wrong path to pursue,” BC Green Party Leader Andrew Weaver said this spring.

Critics of LNG say it should be up to industrialized countries in particular to each reduce emissions within their borders through what are called nationally determined contributions.

But Mr. Sohi is touting what he views as an underappreciated gem in the Paris climate accord. The cabinet minister, who represents Edmonton-Mill Woods, said it makes sense for Canada to take advantage of the agreement’s Article 6. He considers that section to be a promising opportunity for Canada to obtain what would be the equivalent of emission credits through a bilateral transaction with another country, subject to certain limitations.

“Under the Paris agreement, there is a provision that allows countries to sign agreements with each other to get credit for a reduction in greenhouse-gas emissions,” he said. “Once the LNG facilities are built here and the LNG is being shipped to say, China or Japan, at that time Canada can propose to have bilateral agreements with the countries receiving LNG.”

“Canada is working very hard to make sure that we achieve a workable and robust Article 6," Ms. Sullivan said. “Canada and the broader community must ensure that the guidance for that article enables co-operation, where there is no double counting of emissions and it is underpinned by environmental integrity."

The complicated details of Article 6 are still being worked out, including the framework of internationally transferred mitigation outcomes (ITMOs), which involve voluntary co-operation arrangements between two countries. The controversial section will be a major point of discussion at the next Conference of the Parties, to be held in December in Chile.

“We feel that by supplying clean energy − such as LNG that allows other countries to reduce emissions in diesel and coal − it will not only allow us to play a leadership role in making the world cleaner and less polluting, but at the same time get credit toward our emission reductions,” Mr. Sohi said.

LNG Canada, led by Royal Dutch Shell PLC, wants to begin exporting natural gas in liquid form to Asia by early 2025. The co-owners decided last October to forge ahead with the construction of an $18-billion export terminal in Kitimat, B.C.

A small-scale venture in British Columbia, Woodfibre LNG, has indicated that it will decide this summer whether to proceed with building a $1.6-billion export terminal near Squamish, located 65-kilometres north of Vancouver.

Countries that are major importers of LNG include Japan, South Korea, China and India.

“The air-quality degradation in some of those countries is a very serious concern from a health point of view,” Mr. Sohi said. “These countries see LNG as a source of energy that allows them to actually clean up their air.”

Fatih Birol, executive director of the International Energy Agency, said natural gas should be considered an ally in Asia’s quest to improve air quality. While it was common for natural-gas pipelines to be constructed over long distances in the past, the preferred transportation method in recent years has been shipping LNG across oceans, he told last week’s Clean Energy Ministerial conference in Vancouver.

Dr. Birol forecasts 50 countries will be receiving LNG by the mid-2020s, compared with fewer than 10 importing markets in 2000. “Gas plays a major role in reducing air pollution and can also help clean-energy transitions, especially when methane emissions are minimized,” he said in a slide presentation to conference delegates. 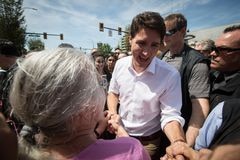 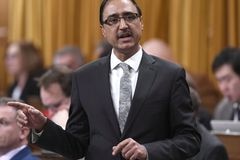 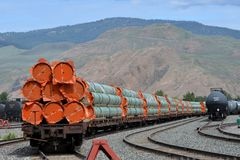