The United States, Canada and Mexico have reached a deal to lift the Trump administration’s steel and aluminum tariffs by Monday and end a nearly year-long continental trade war.

The agreement caps one of the rockiest periods of U.S.-Canada relations in decades, and paves the way for the ratification of the renegotiated North American free-trade agreement (NAFTA).

It also marks a realignment of U.S. President Donald Trump’s protectionist agenda. By abandoning the attack on his North American trading partners, he closes one front of his global trade war as he focuses fire on China.

Under the terms of the deal, Mr. Trump will end his metals tariffs within two days, Canada and Mexico will cancel their retaliatory levies and all World Trade Organization litigation related to the fight will end.

The countries will also work on new rules meant to increase the amount of North American materials used in steel and aluminum in order to discourage Canadian and Mexican firms from importing Chinese scrap, melting it down and exporting the product to the United States.

After a months-long deadlock at the bargaining table, the deal came together in a matter of days as Mr. Trump faced increasing economic pressure in his war with China and escalating anger from his own Republican congressional caucus, which insisted it would not ratify the renegotiated NAFTA as long as the tariffs on Canada and Mexico remained.

The breakthrough came when the U.S. dropped its key demand that Canada and Mexico accept quotas capping their metals exports.

Mr. Trump and Mr. Trudeau finalized the deal in a telephone call Friday.

“This is just pure good news for Canadians,” Mr. Trudeau said a few hours later as he announced the pact at Stelco in Hamilton. “Families will know that their jobs are a little more secure.”

At an unrelated speech in Washington, Mr. Trump cheered the fact that Canadian and Mexican tariffs would be lifted, without mentioning that his own metals tariffs triggered the trade war.

“We’ll be selling our product into those countries without the imposition of tariffs or major tariffs,” the President said. “Big difference.”

One Canadian official said the Trudeau government will now look to get the new NAFTA – dubbed the United States-Mexico-Canada Agreement (USMCA) by the Trump administration – through Parliament before the end of the session in June. The source was granted anonymity by The Globe and Mail because they were not authorized to speak publicly on the issue.

Both Canada and Mexico had refused to ratify the deal while the tariffs remained. Removing them will also make ratification easier in the United States, but it remains far from certain: Democratic members of Congress have demanded extensive changes to the deal in exchange for their support.

Vice-President Mike Pence said Friday he would meet with Mr. Trudeau in Ottawa on May 30 to push forward USMCA. “This is a WIN for all 3 nations!” he tweeted.

Mr. Trump imposed the tariffs of 25 per cent on steel and 10 per cent on aluminum on June 1 of last year. He used an obscure provision of U.S. trade law, called Section 232, that allows tariffs to be imposed for “national security” purposes; Canada and Mexico repeatedly criticized this as an abuse of the law because they are American allies.

Canada hit back in July with levies on American metals, plus a long list of U.S. consumer goods, ranging from bourbon to boats. The United States demanded Canada and Mexico agree to quotas in exchange for lifting the tariffs. Canada and Mexico said they would not accept quotas, and talks remained at an impasse for months.

Three weeks ago, Mexico restarted the talks and found the United States more willing to discuss a resolution without a quota. Canada got in on the discussions as well, and the three sides reached a deal quickly.

The final sticking point, said one Canadian official, was that the United States wanted the right to reimpose tariffs on all Canadian or Mexican steel and aluminium in the event of a surge. Mexico’s initial negotiations with the United States had left open this possibility. But Canada insisted that any future tariffs should apply only to a specific product, of which there are 54. The United States ultimately acquiesced.

“China is becoming the sole target of the U.S. administration and they need all the allies they can count on,” said Jean Simard, head of the Aluminum Association of Canada.

The official said the deal would ultimately lead the three countries to work more closely together to build the continental steel industry. Some observers, however, cautioned that new metals content rules could be an impediment to exports by creating more red tape for companies.

The businesses hit directly by the trade war heaved a sigh of relief.

“The good news is the monkey is off our backs but we still have inventory with tariffs on it to work through,” said boat dealer Andy Blenkarn, owner of Desmasdon’s Boat Works in Pointe au Baril, Ont.

Flavio Volpe, president of Canada’s Automotive Parts Manufacturers Association, said the swift conclusion of the deal was “surprising, to be frank.”

“An agreement to remove the steel and aluminum tariffs without the imposition of a quota on Canada is a clear victory for our negotiating team,” he said.

Tariffs could lead to markdowns in U.S. retail shares
Subscriber content
May 17, 2019 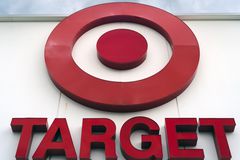 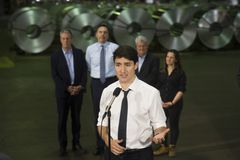 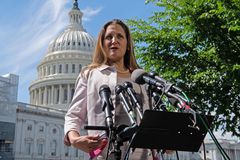